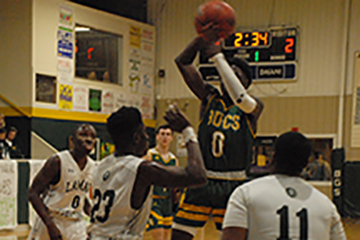 The Buccaneers were defeated by Parklane Academy, 62-42, in a road game that was held on Nov. 27.

The Buccaneers used a balanced scoring attack in the win.

Nathan Jenkins had 10 in the win.

Bowling Green will be back in action on Dec. 1 when they host Ben’s Ford Christian School.