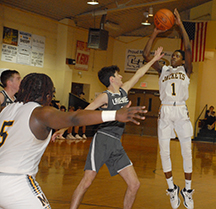 Kamron Brumfield had one.

Mt. Hermon’s next game will take place at the Lakeshore Tournament, which is Monday through Wednesday. The Yellow Jackets will play each day, beginning Monday against Pope John Paul II at 6 p.m.