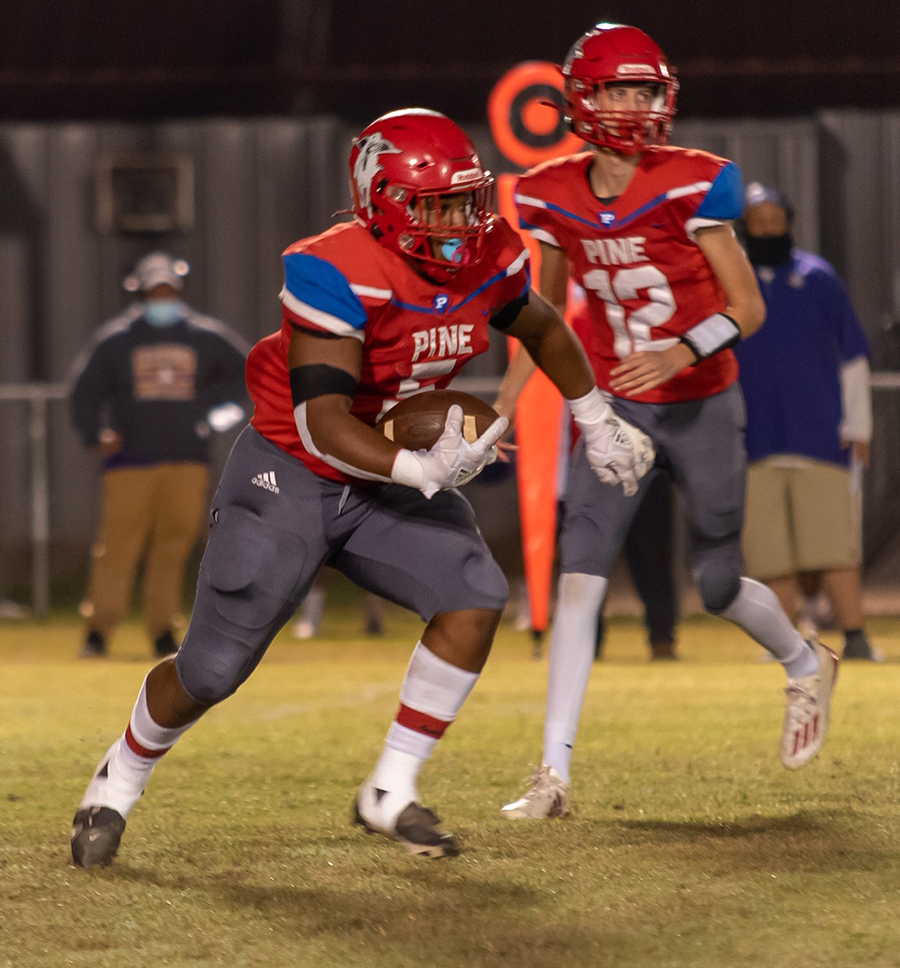 Pine went into the game with a 2-4 season record and coming off a loss to Kentwood the previous week. Amite hoped to build on its 3-2 record and victory over Independence.

The Warriors took an early lead. After they received the kick off, the Warriors pushed through a six-play drive downfield. Quarterback John Walker finished the drive with a keeper from the 9-yard-line for the touchdown. Liam Anderson kicked the extra point and the score went to 7-0 just two minutes into the game. Neither the Warriors nor the Raiders were able to do much for the remainder of the first quarter.

The Warriors started off the second quarter with a touchdown pass from Walker to Earl Jackson from the Raiders’ 15-yard-line. Anderson’s kick was good and the score went to 14-0 Amite. With nine minutes left in the first half, Walker handed off to Zhamere Ard from the Warriors’ 42. Ard broke through the Raiders’ defense down the right side and put the Warriors’ third touchdown on the board. The extra point was good, which put the score at 21-0, where it stayed until halftime.

The Raiders kept possession of the ball most of the third quarter. Their first drive pushed into the Warriors red zone before the Amite defense forced a turnover on downs.

In an eight-play push back from their own 15 yard line, the Warriors drove back and put up another touchdown on a keeper by Walker from the Pine 2. With the extra point, the score went to 28-0.

With two minutes left in the third quarter, the Raiders got on the scoreboard with a pass from quarterback Luke Spears to Nikki Lee. Lee caught the pass at the Raiders’ own 41 yard line and ran it back for the touchdown. Ke’Montre Magee’s kick was good and the score went to 28-7 at the end of the third quarter.

The Warriors were back in possession at the start of the fourth quarter, and added one more touchdown. This one came on a quick four-play drive that ended with a keeper by Walker from the Pine 1. Anderson’s kick was good, making the final score 35-7.

Pine was scheduled to play Varnado next week, but the game was canceled due to COVID-19 concerns at Varnado. The Raiders will be taking a bye week instead.