Varnado came up short to St. Helena on Friday 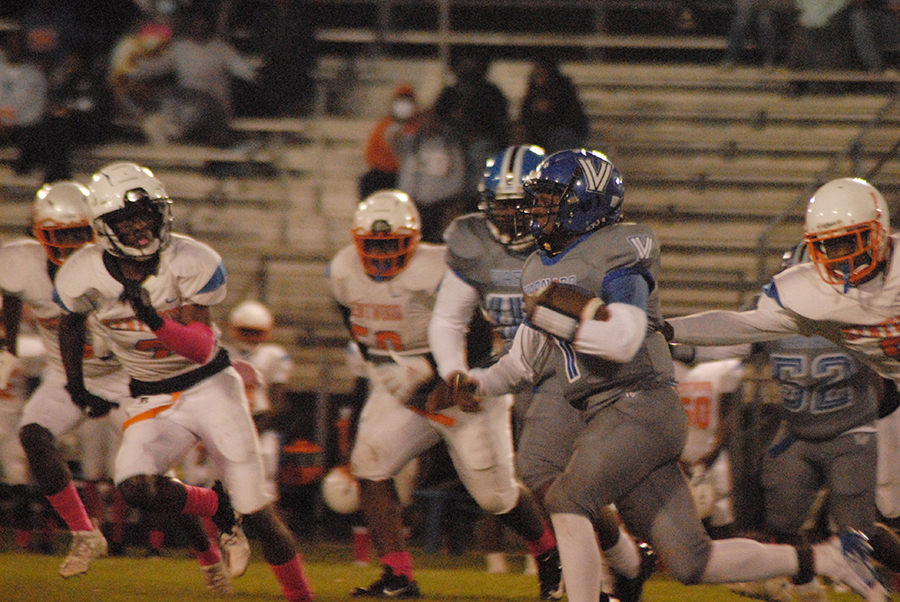 DAILY NEWS PHOTO/Chris Kinkaid Varnado’s Jaheim Hooks runs upfield during a game this season. Hooks accounted for four touchdowns on Friday. He ran for three and threw another.

Varnado was topped by St. Helena College and Career Academy, 28-16, in Friday’s District 9-2A game on Homecoming night.

“Once again, we have a roster of 24 kids, going against a roster of 50, 55 kids,” Varnado coach Milton Green said. “Pretty tough. We had an opportunity, but we slipped up. We gave up a touchdown on the first play of the game, which put us in a hole, but the kids fought hard to the point where we took the lead 27-20 in the third quarter. Our sophomores and juniors grew up. Every team we play has had to bring their ‘A’ game. These teams are playing us hard. But one thing is that we’re done playing these types of teams. Hats off to this senior class for taking on this brutal schedule and having to play these top schools.”

Jaheim Hooks recorded more than 250 all-purpose yards and accounted for four touchdowns. Hooks ran for three touchdowns and threw another.

The Wildcats’ next game will take place on Thursday against Independence on the road in league play.

“Must-win game,” Green said. “We’re in playoff mode as far as our mindset of what’s coming. We need to play penalty free, mistake free football. This game will be more evenly matched, which will be the first time in a while. We’re still chopping wood and working hard. Our guys have a lot to prove week-in and week-out. This is a win or go home game, so it’s a playoff game for us.”

Independence is 0-6 this season.

One more regular season game remains for the Wildcats after this Friday night.

On Nov. 20, Varnado will head to Pine for its final regular season game.