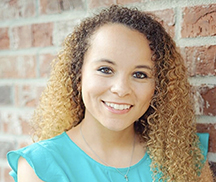 Wilson takes over the program after spending the last two years at Varnado.

Wilson was the head coach and an assistant the year before.

“It’s pretty nice out here,” Wilson said. “It’s different from all of the other schools in Washington Parish because we’re pre-k through 12th grade. I was excited to get out here because it’s a small town. The parents have welcomed me with open arms. I’ve had a few parents help me get things going. I love working for (principal) Mrs. Dawn (Seal). I can’t exaggerate working for her enough. She’s welcomed me with open arms. She saw potential in me. She’s known me a long time and she knows that I know basketball. She sees I’m a strong female who wants to build up the female sports here.”

Prior to coaching at Varnado, Wilson graduated from Franklinton in 2013 and Southeastern Louisiana University in 2018.

She was an all-district honorable mention player for two years.

Wilson is a social studies and science teacher.

Wilson is married to Reggie Wilson and they have a 7-month old boy Ayce Wilson.