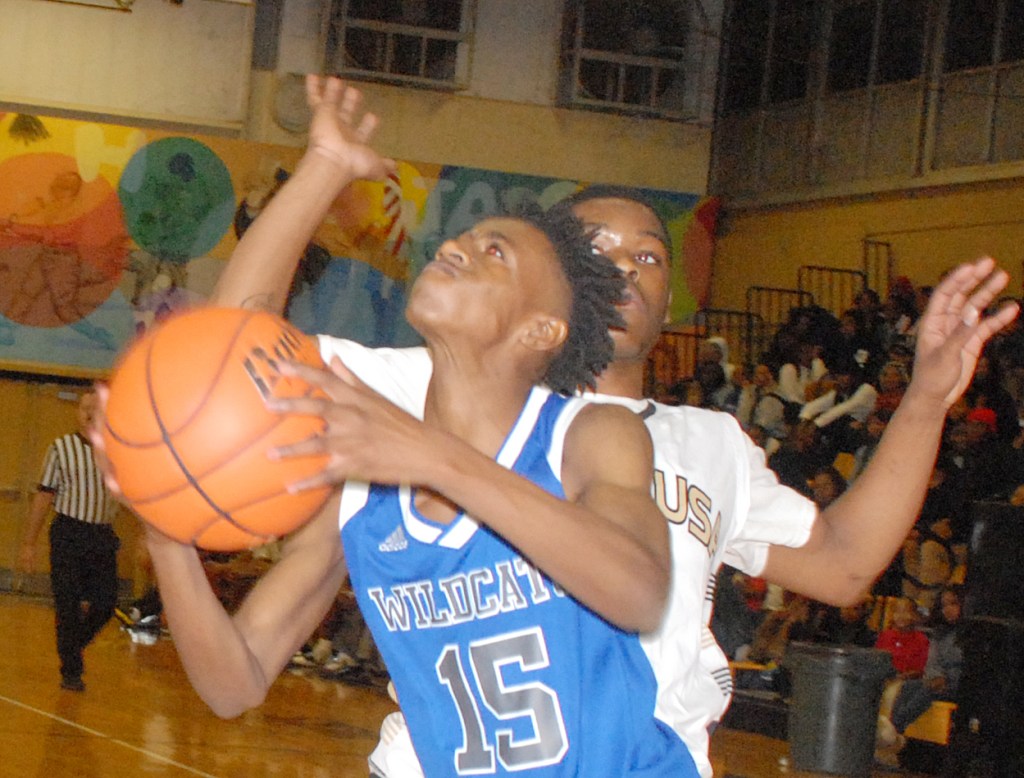 DAILY NEWS FILE PHOTO/Chris Kinkaid Varnado’s Michael Fland goes up for a shot in a game held last year. Varnado will host a jamboree on Tuesday.

Washington Parish Basketball fans will have a great opportunity to watch their teams play on Tuesday in the Varnado High School Jamboree.

The local teams are boys and girls teams from Varnado, Franklinton, Mt. Hermon School and Pine.

The action gets started at 5 p.m. with Doyle and Loranger’s girls playing each other.

The second contest is a boys game between Doyle and Loranger at 5:30 p.m.

The games after are between local teams.

The final two games are between Varnado and Franklinton with the girls set to play at 7:15 p.m. and the boys scheduled for 7:40 p.m.

Mt. Hermon’s boys and girls will open the regular season on Nov. 16 with a road game against Covington.

Franklinton’s boys and girls squads begin the year on the road against Live Oak on Nov. 17.

Varnado’s boys opener is also Nov. 17, as they play against Fontainebleau at home.

Varnado’s girls start on Nov. 19 at home against Fontainebleau.

Pine’s girls will start the regular season in the Mt. Hermon School Tournament, which will begin Nov. 19.

Pine’s boys first game is set for Dec. 1 at home against Springfield.