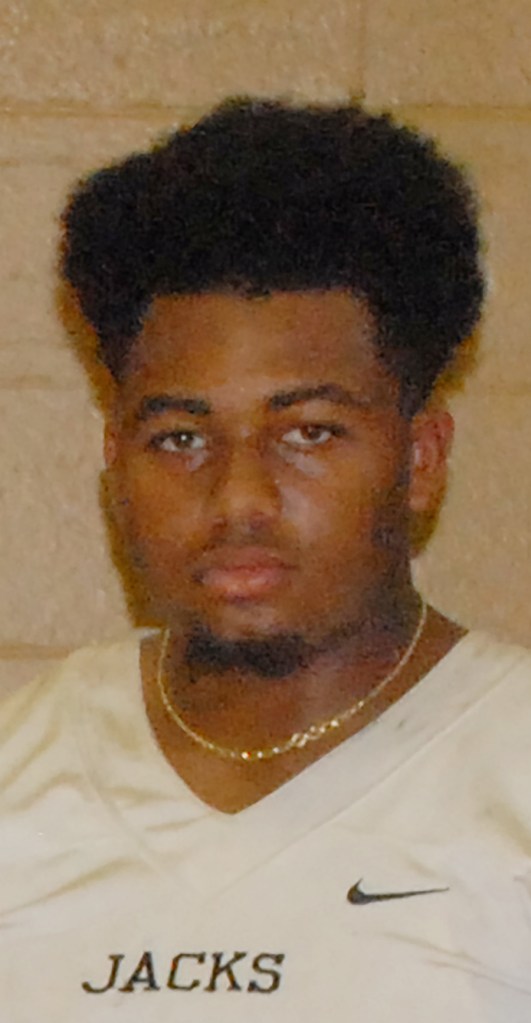 In football, he plays quarterback, fullback, tight end, defensive end and outside linebacker.

In basketball, Dawson is a power forward.

In baseball, Dawson plays third base and he pitches.

Dawson was an honorable-mention all-district player in basketball last season and he was a second-team all-district third baseman two years ago.

Baseball was cut short because of the pandemic last season.

Dawson was also the school’s Homecoming king this year.

“Jarvis is an extremely hard worker,” Bogalusa football coach Adam Brumfield said. “He’s a kid that if we missed practice because of the weather or what not, he’s going to find a way to still do something on his own to get better. He’s a really versatile kid who can play a lot of positions. He’s played quarterback, tight end, fullback, middle linebacker, outside linebacker and defensive end and played them all at a higher level. He’s a three sport athlete and a very good player at all three. He’s not only a good player, he’s a good young man as well and will far in life. He’s the kind of kid you enjoy coaching and has a bright future.”

Being around other athletes. I’ve been playing sports my whole life, so sports is one thing that helps me go through life. That’s really what I want to do the rest of my life is play sports.

My dad (Jarvis Dawson Sr.) and my papa (Leslie Peters).

My dad has always helped me, always pushing me to be the best player I can be. He always has me training to be a good player.

My papa, he passed, but before he passed, he always told me that whatever I do with sports to do the best I can. I always keep that in my head as I play sports to keep pushing and to get stronger.

Padres third baseman Manny Machado. I always looked up to him because of his mindset. He always goes into every game with the killer mindset for everything he does on the field. He always does the best he can on the field.

It’s really not that big and it’s easy to communicate with everybody and everybody can get in touch with any other person. There’s a lot of really good athletes around the parish and it’s good to link up with them and get some workouts in.