Varnado hangs in early, but defeated by Kentwood 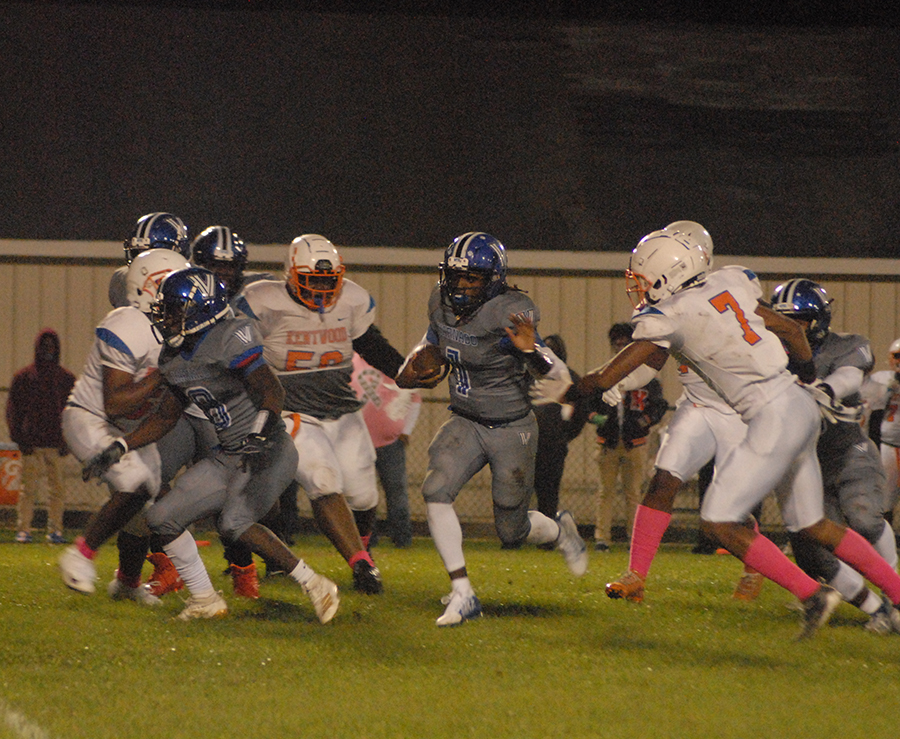 Varnado hung in early, but Kentwood went up by three possessions in the Wildcats’ 47-16 District 9-2A loss at home Friday on Senior Night.

“Short numbers. We only had 27 guys dressed out and only played around 15, so you can’t go into games with just 15 players against a state-championship program like Kentwood,” Varnado coach Milton Green said. “Hats off to the Kentwood coaches, they had a great game, but our kids played with their heart and they played with a lot of enthusiasm, so I can’t get mad with that. It’s part of being in the 2A district, but like I say, once we get down to that 1A district, it’s going to be a whole lot better.”
Varnado led 8-0 and 16-12, but Kentwood tallied the game’s final 35 points in the win.

The Wildcats took the 8-0 lead when Malik Patterson scored on a 2-yard run and Jaheim Hooks converted the two-point conversion with 5:52 left in the first quarter, which completed a nine-play, 82-yard drive that took 4:40 off the clock. It was Patterson’s first of two touchdowns.

Kentwood scored 12 in a row.

Carmel Taylor scored his first of four touchdowns on a 1-yard run to make it 8-6.

Varnado fumbled during the ensuing kickoff and Kentwood’s Sean Burton returned it 19 yards to the Wildcats’ 4. Taylor got the call on the first play and scored. Both extra points were no good, keeping it 12-8 with 4:20 left in the first quarter.

Varnado went back in front when Patterson scored on a 16-yard run. Hooks ran in for two and the four-point lead at the 10:41 mark of the second period.

Kentwood then scored the rest of the half’s 22 points.

Taylor scored the first two touchdowns on runs of 2 and 1 yards. He converted the two-pointer on the first one and Shacobe Dyson kicked the extra point on the second to make it 27-16 with 5:16 to go.

The final touchdown of the half came on Otis Elzy’s 3-yard run as the half expired. Dyson made the point after and Kentwood led 34-16 at halftime.

Kentwood scored its 13 points in the second half during the third quarter.

Elzy tallied from the 1 and Jyrin Eugene scored from the 3. Dyson made the first extra point, but the second was no good for the 47-16 final.

The Wildcats’ next game will be Friday at home against St. Helena College and Career Academy.