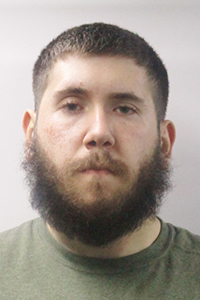 Haley said that WPSO Lt. Chris Hickman responded to a report of an altercation involving a weapon Tuesday. When Hickman arrived near the intersection of Highway 439 and Highway 60, he discovered a man who had been shot and another man standing nearby with a pistol on his side and in a holster, Haley said. Hickman removed the weapon and detained the man in his patrol vehicle.

Hickman was unable to locate a pulse on the victim, who was discovered lying on the ground next to a lawn mower, Haley said. Northshore EMS responded to the scene, along with WPSO Det. Chad Cassard and Det. Raymond Myers.

Arrested without incident was Brandon Martina, 25, a resident of Pittman Road northeast of Franklinton. Martina was transported to the Washington Parish Jail and booked on a charge of second-degree murder.

“Any murder, regardless of the motive, is always tragic,” Washington Parish Sheriff Randy Seal said. “Our collective hearts go out to the family of the victim and any others affected by this crime. Thanks, Lt. Hickman, Detective Cassard and Detective Myers for your quick response.”