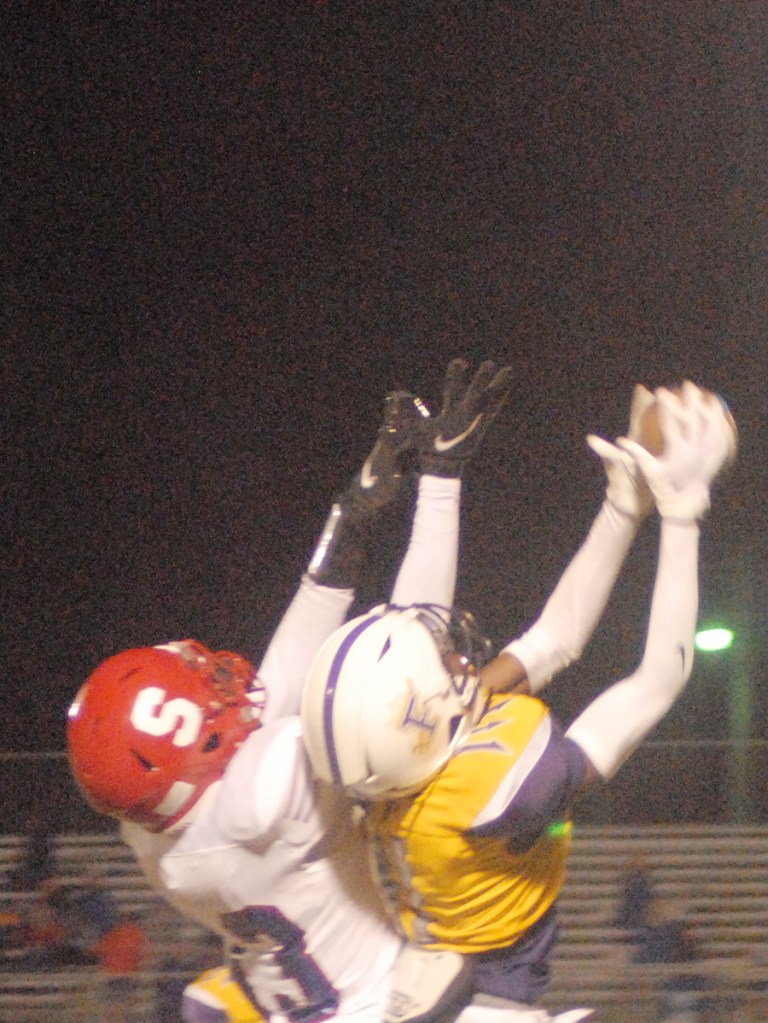 Three Franklinton turnovers led to 21 points in a 24-0 loss for the Demons to Jewel Sumner in Franklinton’s homecoming game Friday night.

The game was scoreless late in the first quarter when Jewel Sumner scored 14 points in 34 seconds on a pair of interception returns for touchdowns.

The first was a 22-yarder by Richard Lee with 35 seconds left. Adrian Gatlin returned the second for a score with one second to go. Andres Moreno hit both extra points and the Cowboys led 14-0 through one quarter.

Jewel Sumner’s Michael Lee recovered a fumbled snap and returned the ball to Franklinton’s 43 with nine seconds to go in the second quarter. On the first play of the drive, Rodney Brown took a handoff and ran 43 yards for the touchdown. Moreno’s extra point made it 24-0 at halftime.

Neither team scored in the second half, as Franklinton fell by a 24-0 score.

“I thought we played pretty well for the first quarter,” Franklinton coach Jonathan Barber said. “We talked all week about starting fast and I thought we did a decent job of that on the defensive side. We had bad field position early on offensively, and we kind of struggled to get our footing going there.

“And then I made a couple of decisions late in the second quarter that cost our team probably 10 points, so that’s on me. We’ll get those things cleaned up. I was proud of our effort tonight. We’ve got some young guys and they’re battling their tails off every week to get better. We’ll continue to see improvement on a week-to-week basis.”

Franklinton fell to 0-3 and will be back in action on Thursday when the Demons travel to play Belle Chasse. Belle Chasse played after press time on Saturday.