Trio of Lady Bucs are all-stars 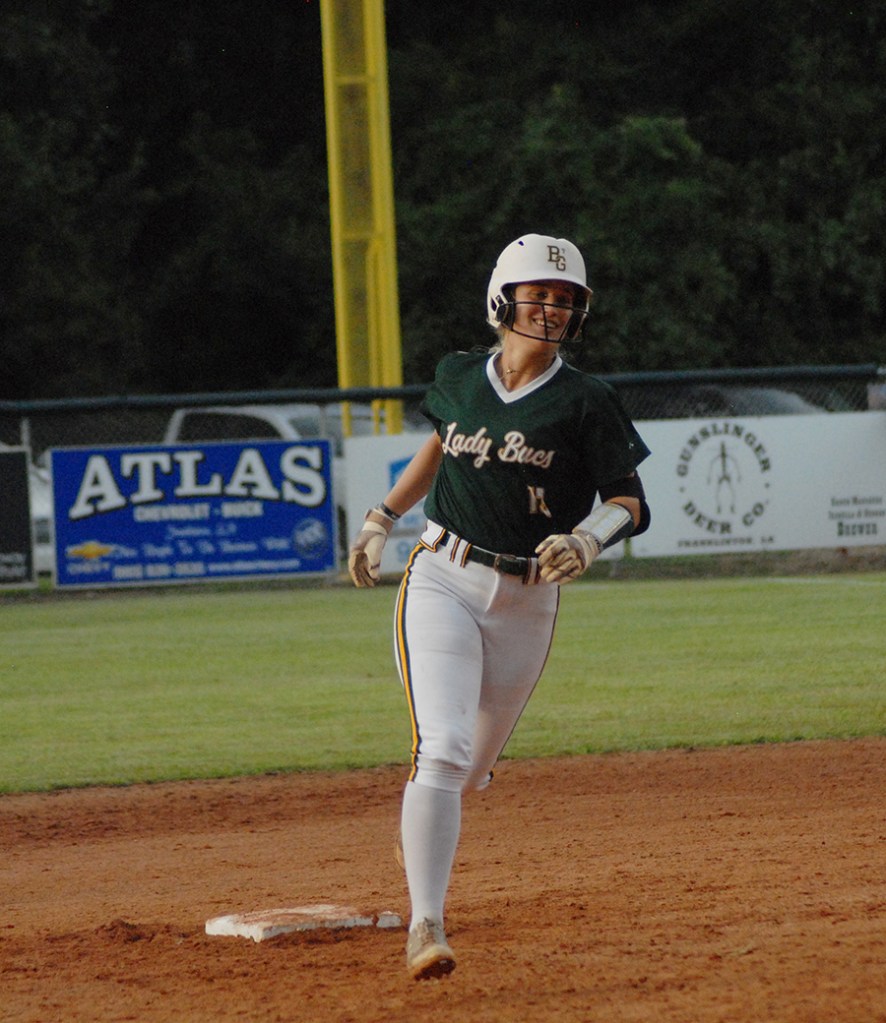 Three Bowling Green School softball are all-stars for this season.

Landry Dupont, Dixie Camaille and Aleigha Fussell made the all-star team this year.

“The three all stars are all very well deserving,” Bowling Green School coach David Hood Burris said. “They were chosen in the top 18 out of 58 girls in classes 3A, 4A and 5A, so it’s not easy to make that team.”

Dupont led the team with a .597 on base percentage, five homers, 45 runs scored and 21 stolen bases and she was second with a .453 batting average. She is a six-year varsity starter.

Burris said that Camaille had her best year offensively. She hit .413 batting average and posted a .450 on base percentage. Camaille tallied 32 runs batted in and 30 runs scored. Camaille struck out just four times in 133 plate appearances.

Burris said that Fussell led the team all year in the circle.

Fussell tallied a 2.60 earned run average and opponents hit .237 against her. Fussell struck out 141 hitters over 189 innings.