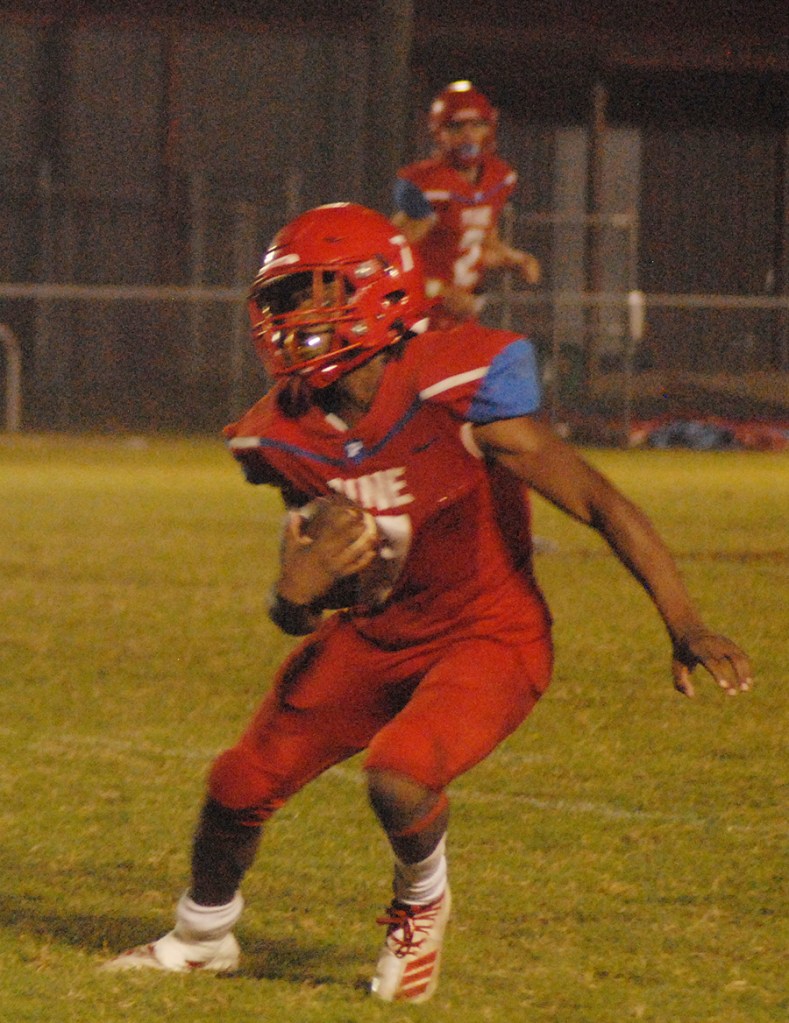 Pine was hurt by turnovers in a 34-18 loss to St. Thomas Aquinas in Wednesday’s game that took place at Pine.

The Raiders committed five turnovers with three interceptions and two fumbles. The Raiders also lost a possession on a St. Thomas Aquinas kickoff that the Falcons recovered.

“They were doing a lot of shifts that confused us, but I thought our defense settled down and really didn’t play that bad. Turnovers killed us. Turnovers and we’re banged up right now. We’ve gotta get healthy,” Pine coach Bradley Seal said.

St. Thomas opened the scoring when Drew Milton snuck in from the 1 for his first of three touchdowns to make it 7-0 after Brayden Leyer’s extra point with seven minutes left in the first quarter.

Pine responded just 14 seconds later when Adrianuen Johnson caught the ensuing kickoff at his 8 and took it back all of the way for a touchdown. The extra point was blocked, keeping it 7-6.

Pine took the lead on the next drive when Anterrius Walker intercepted a pass at his own 27, broke free and returned the pick 73 yards for the score. The two-point conversion was no good, but Pine had a 12-7 lead with 3:17 to go in the first period.

St. Thomas Aquinas retook the lead when Darius Vaughn recovered a fumble and returned it 28 yards for the score. Leyer’s extra point was good to make it 14-12 with 28 seconds to go and it stayed that way until the second quarter.

St. Thomas Aquinas got the ball back when the kickoff bounced and Austin Davis recovered it, giving the Falcons the ball at Pine’s 25.

The game stayed 21-12 through halftime.

St. Thomas Aquinas extended the lead to 27-12 late in the third on Milton’s 2-yard run. The conversion was no good, keeping it a 15-point game with 2:49 left in the third quarter.

From his own 43, Brandon Sprehe threw a perfect pass to Walker along the left sideline and Walker outran defenders to the end zone for the touchdown. The two-point conversion was no good, but Pine was back within nine with 45 seconds left in the third.

St. Thomas tallied the game’s final points with 1:15 left in the fourth quarter when Casey Artigues intercepted a pass on the goal line and took it back all the way. Leyer made the extra point for the 34-18 final.