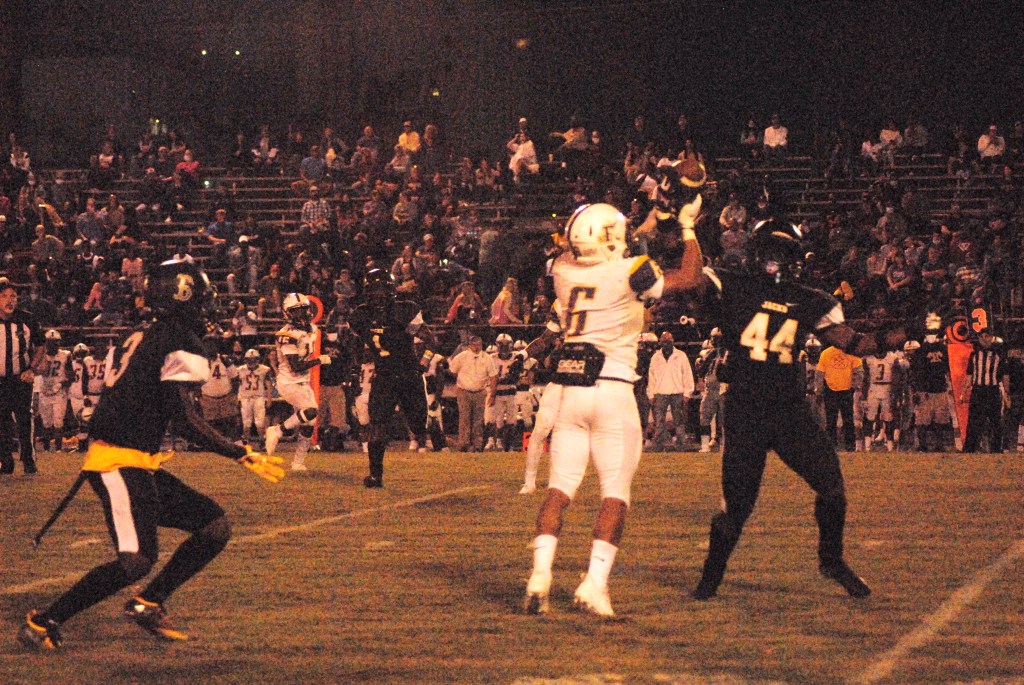 DAILY NEWS PHOTO/Chris Kinkaid Bogalusa's Keyshawn Manning intercepts a pass and returns it for a touchdown in Friday's home against Franklinton.

Bogalusa scored the game’s first 20 points and then withstood 13 unanswered points by Franklinton in a 26-13 victory in Friday’s season opener at home for the Pine Burr Trophy.

It was Bogalusa’s second-straight win over Franklinton after the Demons won the previous 18.

“I’m extremely excited for our team, our fans, our community and our coaches. We had a lot of adversity this week. We were beat up. We had our quarterback, one of our best players go down, and we somehow managed to battle and maintain our composure throughout the week and also maintained it tonight,” Bogalusa coach Adam Brumfield said. “I’m extremely proud of our kids. I know it’s a tough loss for Franklinton, but that’s a good ball team over there with a lot of good coaches and a good school and I wish them the best of luck the rest of the year.”

Bogalusa got on the board with 7:15 left in the first quarter when Keyshawn Manning won the battle for football and intercepted a pass and then returned it 22 yards for a touchdown to give the Lumberjacks a 6-0 lead after a missed extra point.
After a Franklinton punt, Bogalusa went up double digits when Tajdryn Forbes took a handoff on third-and-5 and ran 32 yards to make it 14-0 after Josh Taylor tallied the two-point conversion with 3:32 left in the opening period.

Franklinton punted to begin the second quarter and Bogalusa scored on the first play from scrimmage when Taylor connected with Raheem Roberts. Roberts did the rest, hitting pay dirt on the 85-yard play for a 20-0 lead after a missed extra point with 11:37 to go in the first half.

Franklinton then scored 13 in a row.

The first six came less than a minute later, as Corinthious Dickerson found Kadarious Mark on a 43-yard pass, trimming the lead to 20-6 after the two-point try was no good.

Franklinton got closer at the 7:25 mark when Cornelius Laurant ran up the middle for 36 yards. Keaton Catrett’s point after was successful and it was 20-13 at halftime.

After the run, Bogalusa’s defense held strong the rest of the game.

Bogalusa pushed the lead back to double digits with 4:33 to go in the third quarter when Forbes tallied 8 yards out, capping off the scoring after the two-point try was no good at 26-13.

“They did some good things. They played really well,” Franklinton coach Jonathan Barber said.
“They came out with a lot more intensity and focus than us early on and they were able to get out to that big lead. I was proud of the way our team fought back, but we weren’t good enough to get it done tonight. I think we’ll learn from it and we’ll improve going forward.”

Both teams’ next game is Oct. 9 at home. 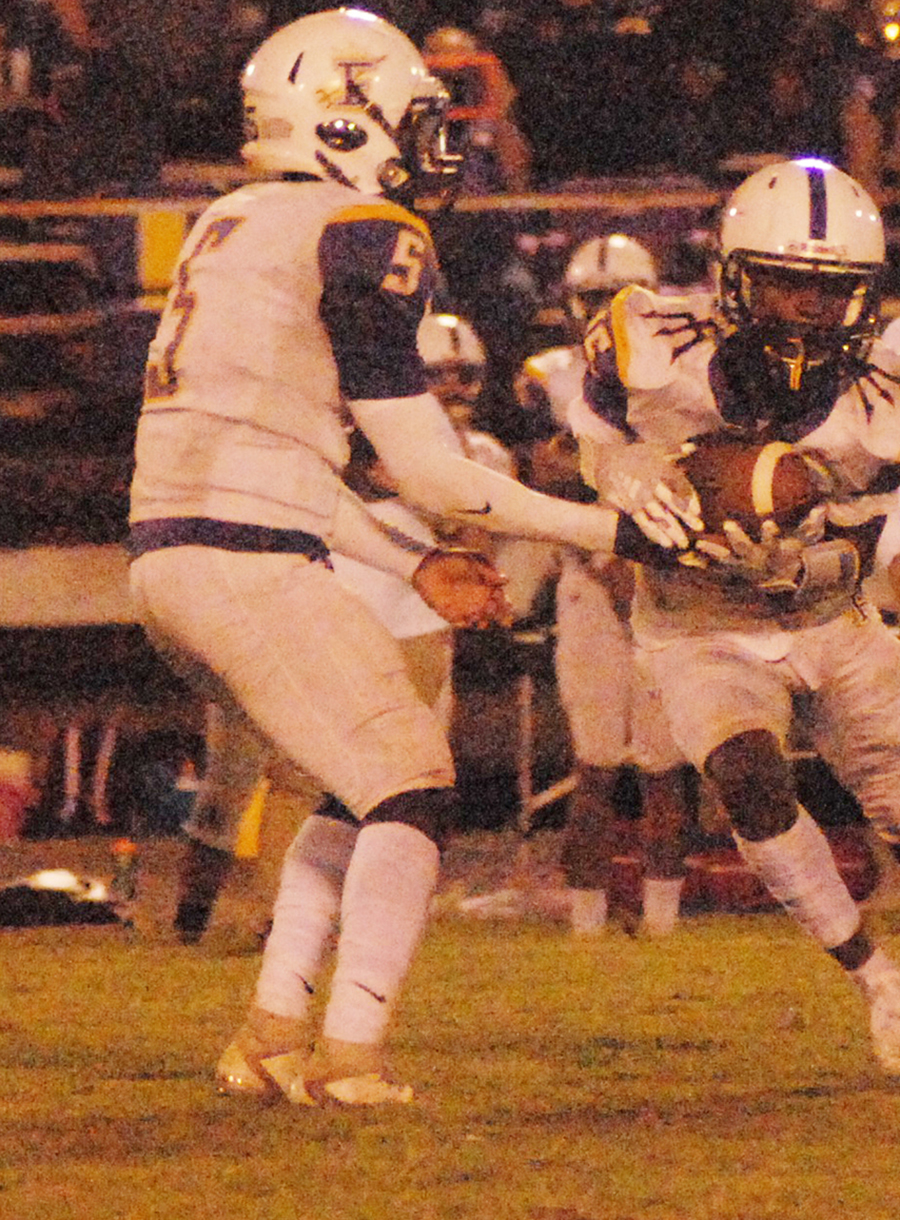