11-year-old dies from injuries sustained in a crash, mother arrested for impaired driving 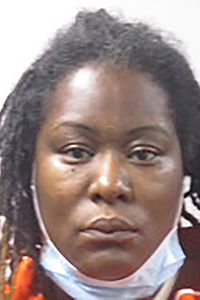 An 11-year-old boy from Bogalusa was killed during a car crash, and his mother was arrested Tuesday for impaired driving, according to Trooper Jeremy Price of the Louisiana State Police.

On Sunday, Sept. 13, just before 6 p.m., troopers from LSP Troop L responded to a serious injury crash on Louisiana Highway 21 south of Louisiana Highway 3124 in Washington Parish, Price said. One of the passengers in the vehicle, Jahni Green, 11, of Bogalusa, was ejected during the crash and transported to a local hospital. On Tuesday, Sept. 15, Jahni Green succumbed to injuries he sustained in the crash, Price said.

“During the ongoing investigation, troopers determined that Narfeesa Green was over the legal limit of alcohol at the time of the crash,” Price said. “A drug toxicology test is still pending at the Louisiana State Police Crime Lab.”

Troopers obtained an arrest warrant for Green on the charges of vehicular homicide, careless operation, no child restraint and no seatbelt. She was arrested on Tuesday, and booked into the Washington Parish Jail.