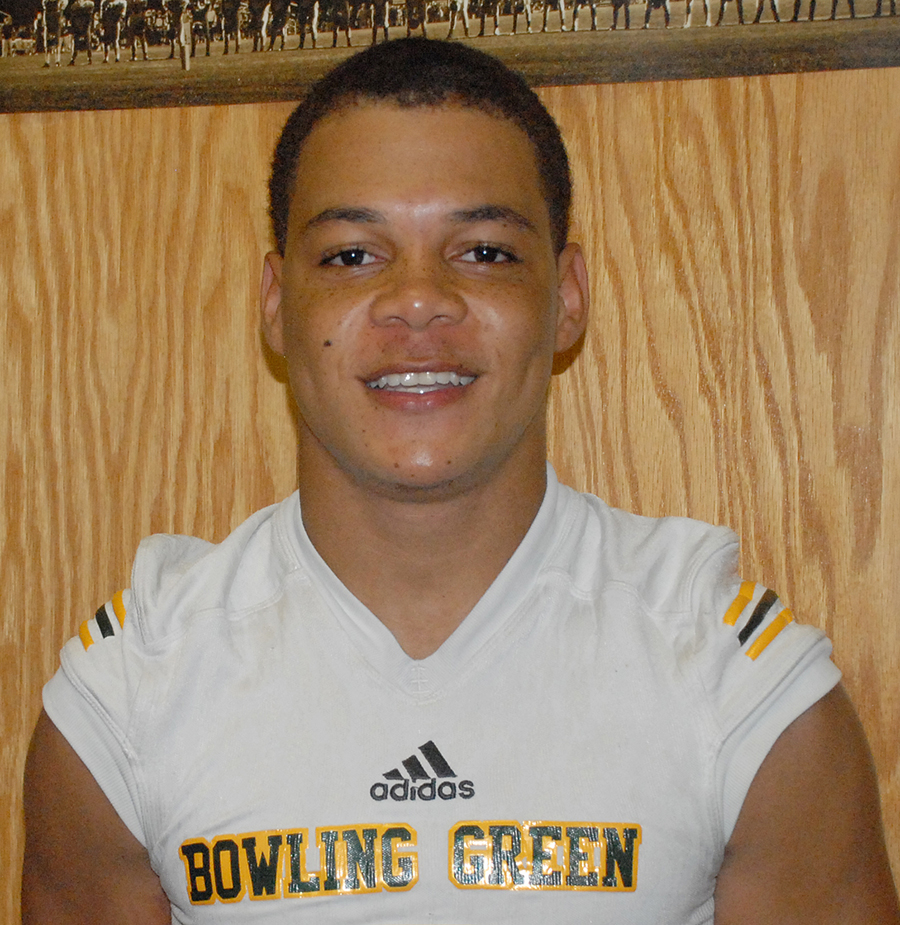 In basketball, he played both guard positions.

“He’s a great kid,” Bowling Green School football coach Riley Boudreaux said. “Great for the program. He’s as good on the field as he is off the field. Just a real genuine kid. He does everything right. He leads by example.”

Just being out there with the team. It’s a family bond. It’s probably something you’ll never experience again if you don’t go on to play college.

The younger kids always look up to you, so when you walk around in the hallways, they’ll call your name or high-five you.

Coach Riley just because he gave me the chance to go to that school. Everyday, my sophomore and junior year, he came and picked me up from my house, which is like a 45-minute drive. Basically, he’s like a second dad.

Odell Beckham because of the catches he can make and the way he moves on the field and off the field, he’s just a leader.

The school because once I’m done with school and football practice, I go straight home. I don’t do much. There’s really not much time to hang around because I have school work and a 45-minute drive back to my house. The school is a great school.