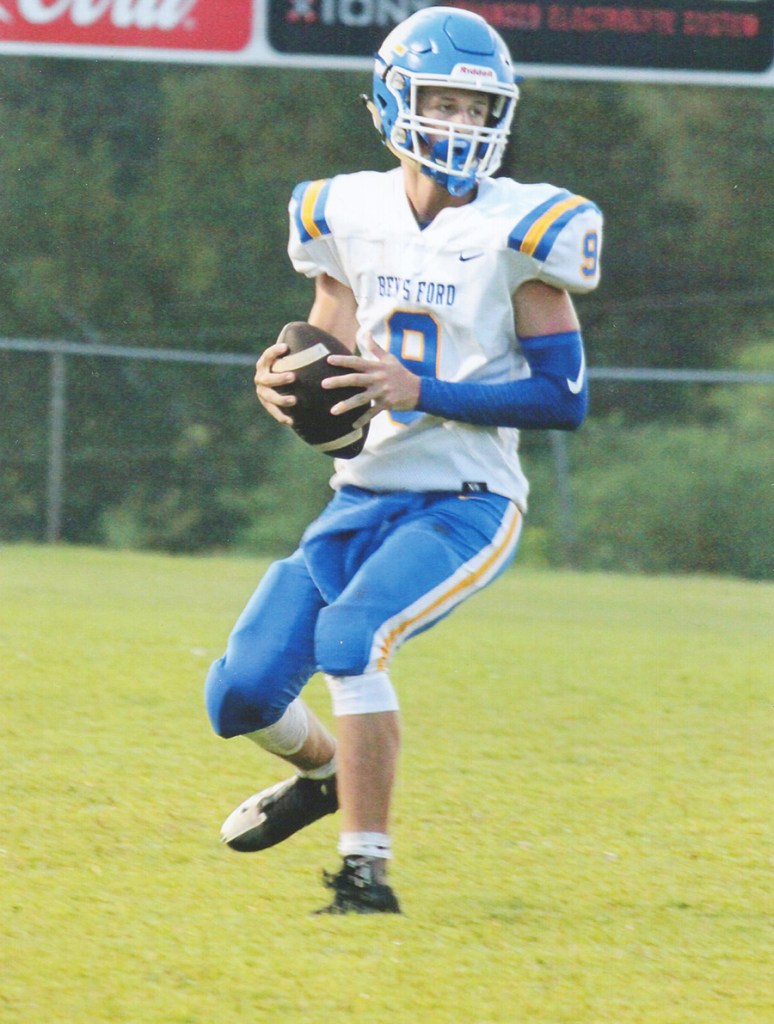 WCCA was ranked fourth in Class A by Impact Sports in last week’s rankings.

The Eagles trailed 20-6 after the first quarter and 48-18 at halftime.

Alston Moore led Ben’s Ford in rushing with 113 yards on 13 carries with two touchdowns. Moore also caught a pass for 25 yards and a touchdown from Sam Peters. On special teams, Moore returned four kickoffs for 153 yards and an 80-yard return for a touchdown. He returned another for a touchdown, but it was called back.

Peters threw for 92 yards on 3-of-6 with the touchdown and an interception. Peters also caught a pass from Daniel Martin for 26 yards.

Jonah Holston completed his only pass attempt for 1 yard and Gage Adams ran one time for 2 yards.

Defensively, Martin and John Glover made 3.5 tackles each. Martin had two stops for a loss and Glover posted one tackle behind the line.

Adams made 2.5 stops and he recovered a fumble.

Ben’s Ford is back in action on Friday with a road game against Hebron Christian School at 7 p.m. This is the District 2A2 opener.

Hebron Christian School, which is 0-2 this season, was defeated by Calhoun Academy, 32-14, last week.

“I think we matchup with this team well. As long as we come in and execute, play defense, run the ball and make plays, I think we’ll have a chance to open up with a win in district,” Pittman said. “We lost to these guys last year the last couple minutes of the game. We were leading until six minutes left in the fourth quarter and they came back and beat us.”

Pittman talked about the importance of district games.

“If we can finish top two in the district, we’ve got a really good shot of getting a good seed in the playoffs and making a run at it, but right now, the goal is to get our first win in district,” Pittman said. “I preach to the kids every week that we want to be 1-0. Whatever happens in the past stays in the past and we’ll learn from it and get better from it.”