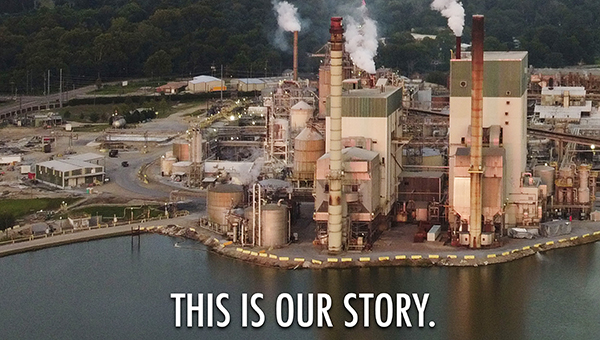 The poster for Magee’s film prominently displays the paper mill.

A Bogalusa native is using his camera and the art of movie making to try to change the reputation of his hometown.

Kevin Magee, who left Bogalusa in 2010, said that he wants to “change the narrative” about the Magic City.

“While I was away, I would hear things from people,” he said. “They’d say that the only things Bogalusa was known for was drugs, race relations, or the smell of the paper mill. I know that often the bad overshadows the good. I want Bogalusa’s young people to understand that this was once a dominant town, and they are the key to getting it back where it used to be.”

Magee began filming his documentary in early August and is in the process of editing down more than 60 hours of raw footage. He did three to four personal interviews a day, during the first week of August. 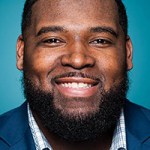 Magee is hopeful that the film will be ready for release sometime in the fall. The trailer can be viewed on Youtube by searching for “Mill Town (Official Trailer),” or by visiting the URL at www.youtube.com/watch?v=QemLQFnZUYs.

The film will be approximately 75 minutes long, Magee said.

“I want people to see the good in Bogalusa,” he said. “When they look at the news out of New Orleans, a lot of times the only thing they’re reporting is a shooting or a drug bust in Bogalusa. They’re not always reporting on the good things happening in our town.”

Magee hopes that the film will be available on a streaming service, although he was unable to say which service or provide concrete details. He will announce the official release and where it will stream, on his Facebook page and Instagram page.

Although the release is still weeks away, Magee said he is already seeing some hype about it. He noted that the trailer has 9,000 views on Facebook and 300 shares.

“I’ve been getting calls from a lot of people who used to live in Bogalusa, and now they live as far away as Vegas or California,” he said. “They’re excited to see something that shows pride in what Bogalusa used to be, and what I believe it can become again.”

Magee said he hopes that young people who view the film will be encouraged to stay at home, and perhaps open a business to bring back the economy.

“There are a lot of abandoned buildings in Bogalusa, but I think they could be opportunities,” he said. “They can be fixed up. Young people can start businesses in them. I’m hoping that this movie has a reach far and wide. You never know who might be watching, and decide they want to move to Bogalusa and start a business of their own.

“My message is that I hope this will be the beginning of getting Bogalusa back to the dominant city it once was. It’s about starting the conversation. I’m already seeing the conversation begin — it’s all ages, all colors, all works of life. I appreciate the support that everyone’s giving me, and I’m glad to be a part of getting this conversation started.”