COURTESY PHOTO/Alex Byars Brandi Beaudette won two first places in a competition held in Tupelo, Miss. She goes for her pro card during the upcoming week.

Beaudette was victorious in the women’s physique competition in the class “A” division.

She then won the overall body-building competition.

The winners of the two classes go against each other.

“Especially with the COVID-19 and gyms shutting down, this was the first and only show in Mississippi. I want to give a huge shoutout to Total Body Gym (gym that sponsored the show), the owner of the gym and IFBB Pros Judy and Timmy Gaillard (the gym’s owners) for just going the extra mile and doing what it takes to make sure the show happened for us,” Beaudette said.

The IFBB is the International Federation of Bodybuilding and Fitness.

Beaudette said that winning was exhilarating.

Beaudette said that her key to having success is the confidence her coach IFBB Pro Ryan Hinton brings her.

Beaudette said that she is the first female competitor to win two overalls in Tupelo. This is the eighth year of the event.

Beaudette is going for her pro card at a pro qualifying show in Pittsburgh called the North Americas. The top two class winners in each height division will be awarded pro cards. The event takes place Tuesday, Sept. 1 through Sunday, Sept 6. Beaudette competes on Thursday, Sept. 3.

“There is nothing greater than being able to share this stage with my husband (Singleton) and doing what we love,” Beaudette said.

Singleton was also successful in the event.

He came in second place in the over 60 division.

“It was a well-done show,” Singleton said. “It was some stiff competition. They have some beasts out there, older men who are in shape. It was fun and you’ve got to give God all of the glory.”

He said the key on his success in this show was consistency with everything he did to prepare for the show. 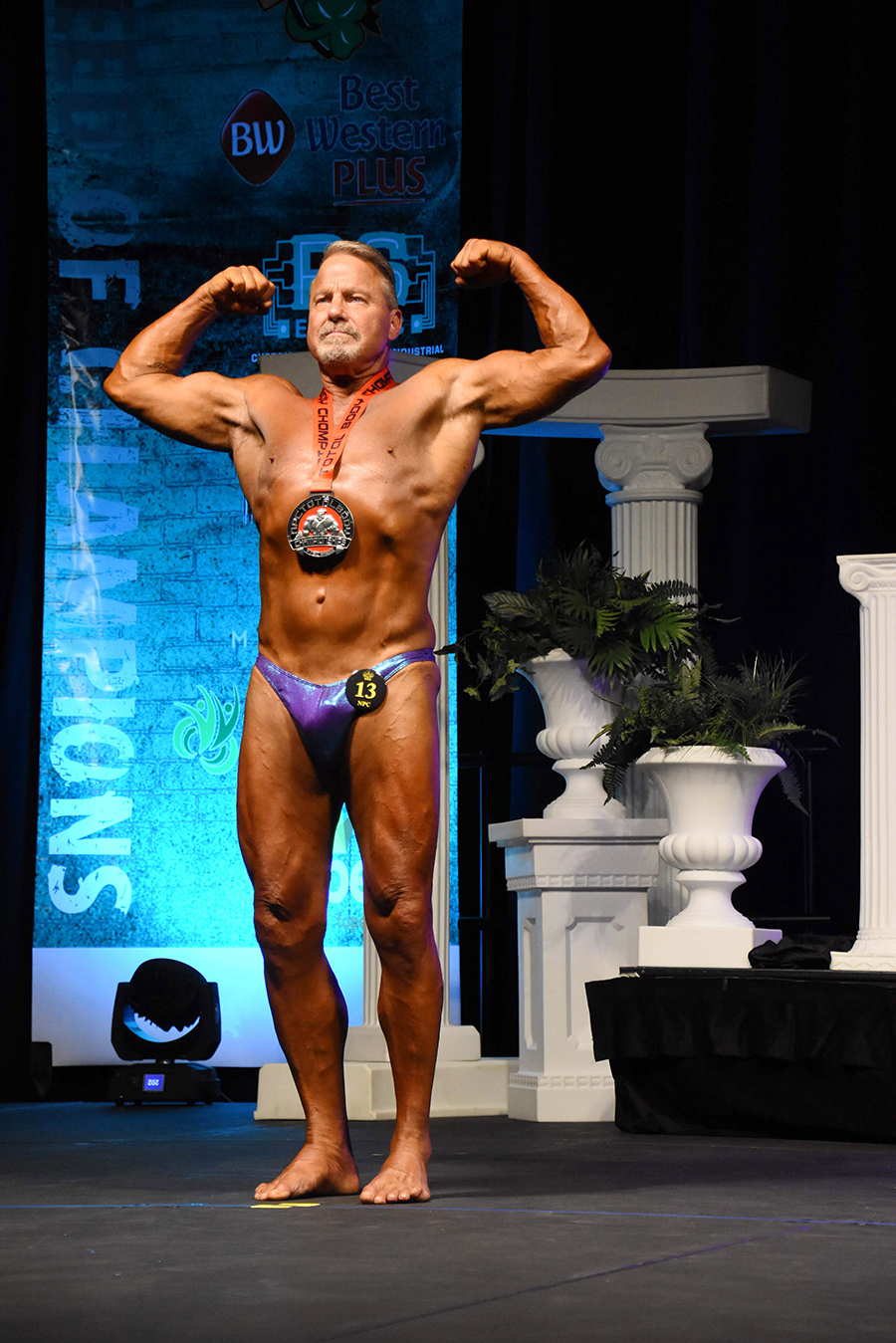 COURTESY PHOTO/Alex Byars
Ricky Singleton is pictured at the competition. He came in second place.