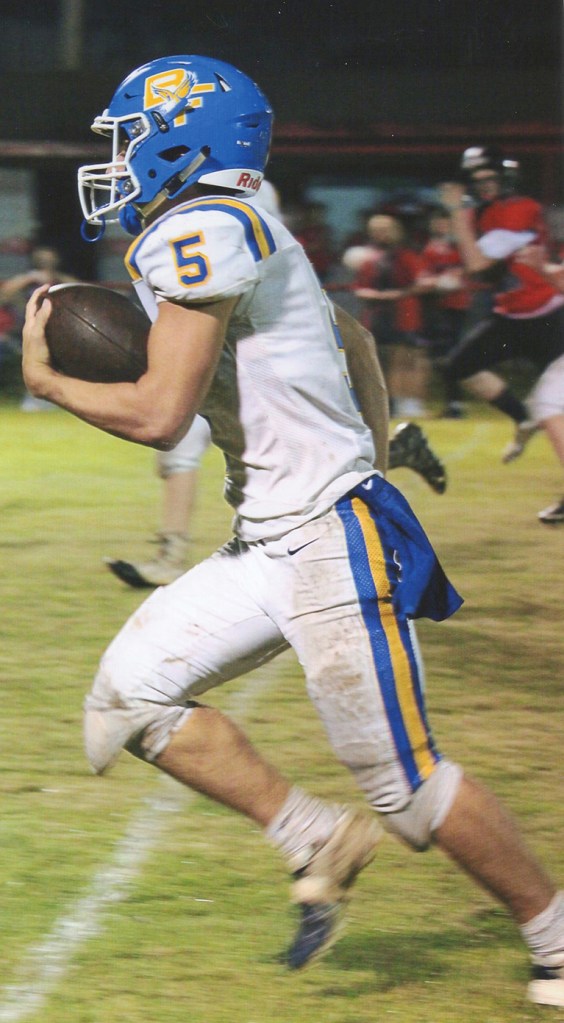 Ben’s Ford jumped out to a 24-0 lead through the first quarter and took a 50-14 lead to halftime. The Eagles scored a touchdown and a 2-point conversion in the third quarter before Rebul Academy posted a score and an extra point in the fourth to reflect the 58-21 final.

“We ran the ball great,” Ben’s Ford coach Destin Pittman said. “That was the game plan going into it. We blocked well, we protected the football and played sound defense.”

Alston Moore led the 264-yard rushing attack with 201 yards of his own on 12 carries with a touchdown.

Martin collected 59 yards on 10 carries and he scored four touchdowns.

Pittman complimented his offensive line on their play.

Martin had five tackles and four solo stops to go with an interception.

Moore returned an interception for a touchdown.

Ben’s Ford Christian School’s next game takes place Friday against Wilkinson County Christian Academy on the road. The game was originally scheduled to be at home, but the Eagles will be playing all road games until further notice.

The teams met in the scrimmage on Aug. 7.

“They’re a very athletic team,” Pittman said. “They’re one of the better teams in 8-man. I feel like if we play fundamental defense and we can contain them, we’ll be able to win. I think we’ll be able to run the ball. I think it could come down to defense. I could foresee this being a shootout.”