Franklinton High School announced its McGruder Award along with its male and female athletes of the year for the 2019-20 school year.

The McGruder Award goes to the senior football player with the highest grade point average.

“It’s a huge honor for me. Working hard on the field and off the field, it’s real nice being recognized for my attention to detail,” LaSalle said.

LaSalle credited his mother Rachel LaSalle for staying on him about education.

“My mom always always stayed on me about education coming first, so it brought a sense of pride for me to be the top competitor on the field and in the classroom,” LaSalle said. “I just wanted to be the best at everything, so I gave my all. That way I could have my own legacy.”

LaSalle played football for the Demons for three years and was a two-year starting quarterback.

He made the inaugural Children’s Hospital of New Orleans North Shore All-Star Game last season that took place at Strawberry Stadium on the campus of Southeastern Louisiana University. LaSalle was a second-team all-district signal caller his final two seasons and he was a WGNO Quarterback Club Scholar Athlete of the Week.

“None of it would be possible without coach Matthew Allen Hughes. He was a coach, a mentor and a father to me,” LaSalle said.

LaSalle was also a member of the track and field team. He threw the javelin. His personal best was 152 feet. He went to regionals his sophomore and junior year.

“Jasper is a very intelligent young man, very deserving of the MaGruder award,” Barber said. “He was a three-year player and two-year starter at quarterback for us. He has the drive and leadership ability to be successful in whatever he does moving forward, and I couldn’t be happier for him.”

The male Franklinton athlete of the year is Martin.

“Really truly just blessed,” Martin said. “I had great coaches that pushed me to play as hard as I could to be great. My mom (Lashun Martin) pushed me to work hard. I would like to thank my grandma (Olivia Cuffee), who passed away in May, for all the great things she has done. I would also like to thank her for pushing me to be great and helping me conquer my dreams. I had great teammates that pushed me. I had the whole community and the whole staff at Franklinton High School push me to be great. I give all glory to the Man above.”

Martin was a running back for the Demons in high school and is currently playing for the University of Louisiana at Lafayette. The Ragin’ Cajuns opener is scheduled for Sept. 12 on the road against Iowa State University.

Besides football, Martin played baseball his freshman year and basketball his junior season. He was an outfielder in baseball and a shooting guard in basketball.

Martin talked about capping off his high school career with this honor.

“It’s truly a gift that I never thought I could ever win the award,” Martin said. “Hard work pays off.”

Barber praised the Demons’ Male Athlete of the Year.

“Mike, since he was young, has always been one of the most talented players in his age group,” Barber said. That couldn’t have been more evident than during his senior football season. Once he was back healthy, our offense began to play much better, and he was a big part of that. I’m very proud of him and his success athletically, but more than that, he has traits to make himself successful both on and off the field.”

Ard is Franklinton’s Female Athlete of the Year.

“I didn’t expect it. Coach (Leslie McGhee) called me and told me and I was just shocked. Me and Kiersten Allen got our (softball) season cut short. It’s almost a little bit of closure that we got,” Ard said.

Ard played softball and soccer for the Lady Demons.

Ard was a shortstop for Franklinton’s softball team. She was a first-team all-district player from her freshman through junior season. Her senior year was cut short because of the COVID-19 pandemic.

In soccer, Ard was the team’s goalkeeper.

Ard did not start playing soccer until her sophomore year and was the district’s Most Valuable Player that season. She was a first-team all-district player in soccer for three years that spanned her sophomore through senior seasons.

She talked about winning this award to finish up her high school career.

“That’s definitely something that if people ask me, I’m going to tell them,” Ard said. “It’s definitely cool to put your name in that group of athletes that come through Franklinton.”

Barber had great things to say about Ard.

“Ashlan was one of the most talented female athletes we have had here in recent memory,” Barber said. “She was a four year player for our softball team, which was able to achieve things that have never been accomplished at FHS. (Winning their first playoff game, advancing to the quarterfinals in her sophomore and junior seasons respectively). She was also a standout soccer player winning defensive MVP as a Junior. She will make her Demon Family proud as she moves on to the next chapter of her life playing softball at Troy University.” 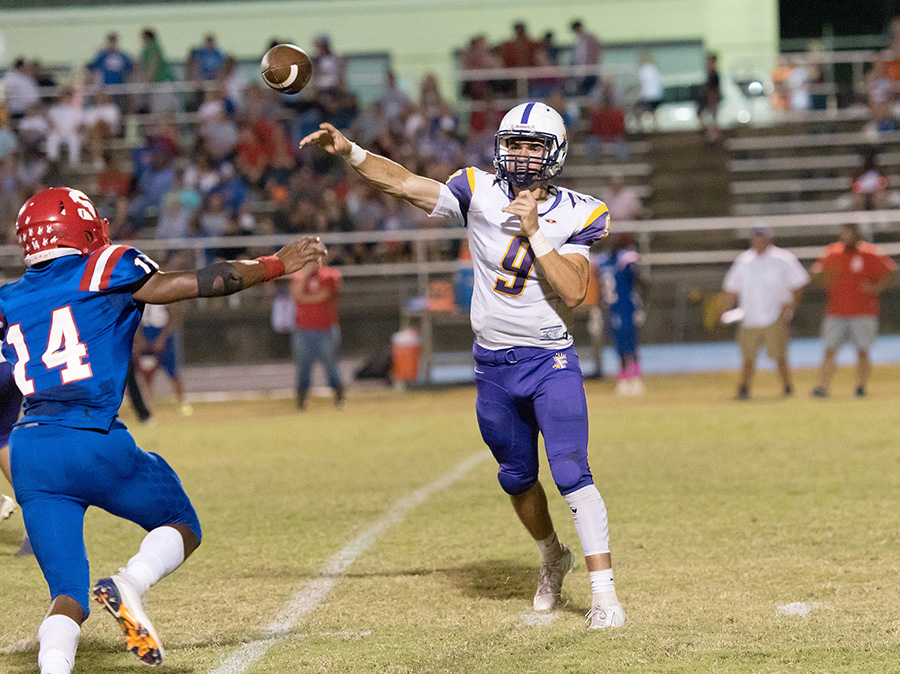 Franklinton’s Jasper LaSalle throws a pass in a game. LaSalle won Franklinton’s McGruder Award, which goes to the football player with the highest grade point average. 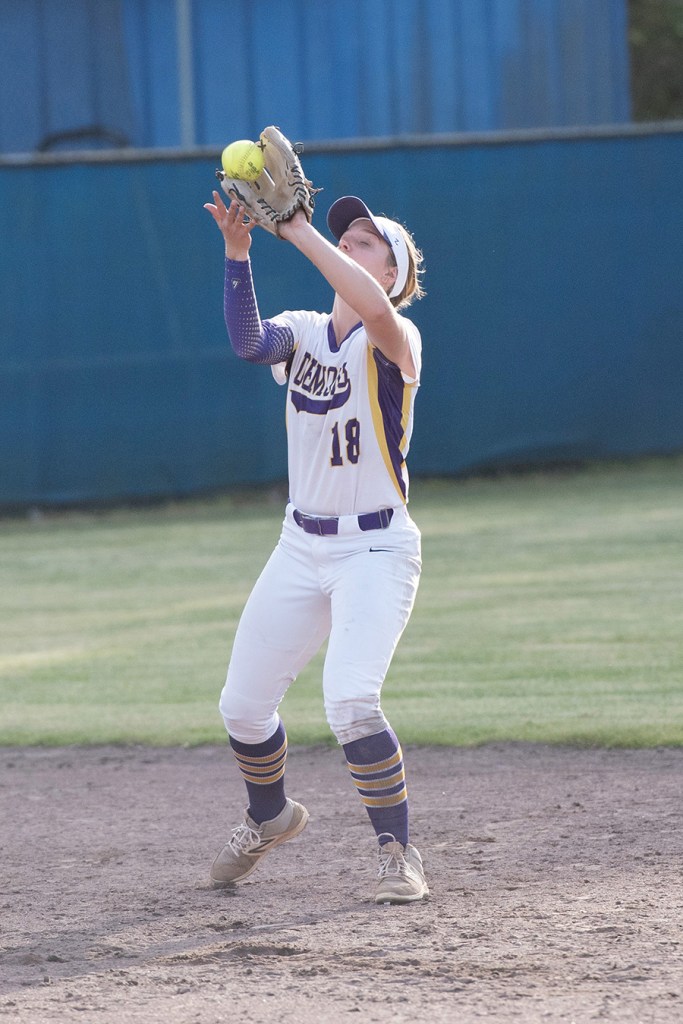 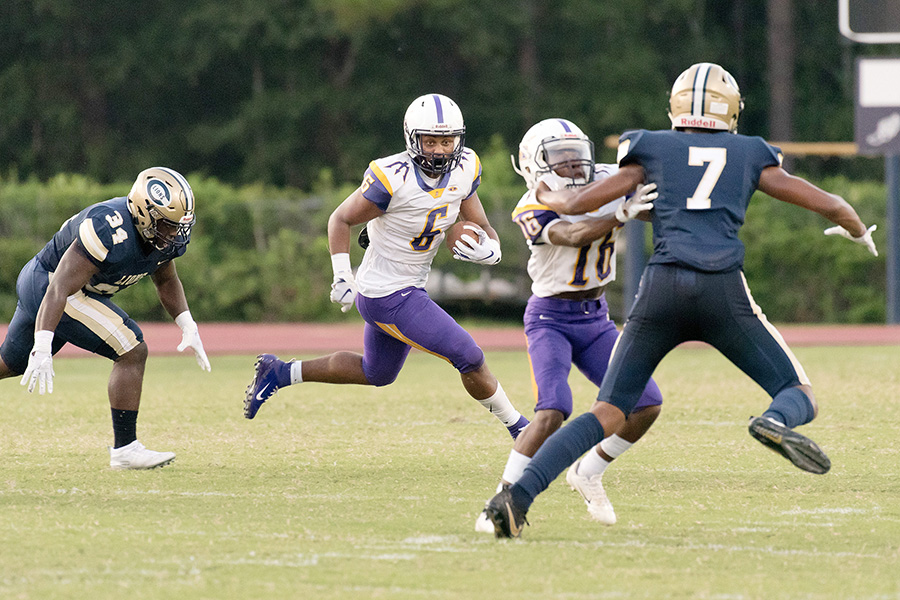