Eagles to scrimmage WCCA on the road 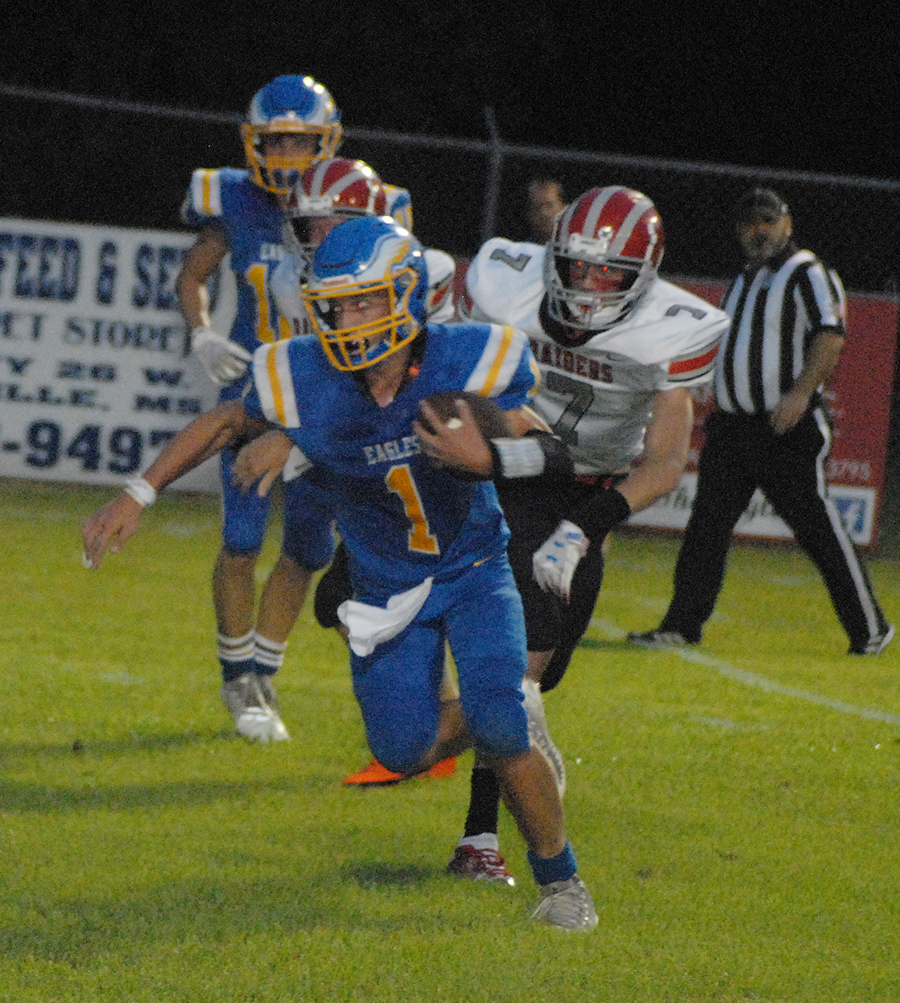 It is scrimmage week for Ben’s Ford Christian School, as the Eagles travel to Wilkinson County Christian Academy to play against the Rams at 6:30 p.m. on Friday.

Pittman said they will run basic plays on offense and make sure they can run the ball.

“Mainly focusing on blocking and tackling and holding on to the football. Those are the three basics of football,” Pittmans said.

Pittman said he is not sure of the format, but thinks it will probably be something like a 10-play series, then switching sides of the ball.

Pittman said he feels the players are excited.

“First week of practice was last week and it was rough at the beginning, knocking the rust off, but I’m just ready to get out there and let our kids hit somebody else,” Pittman said.

Following the scrimmage, the Eagles are set to compete in the Wilkinson County Christian Academy Jamboree on Aug. 14.