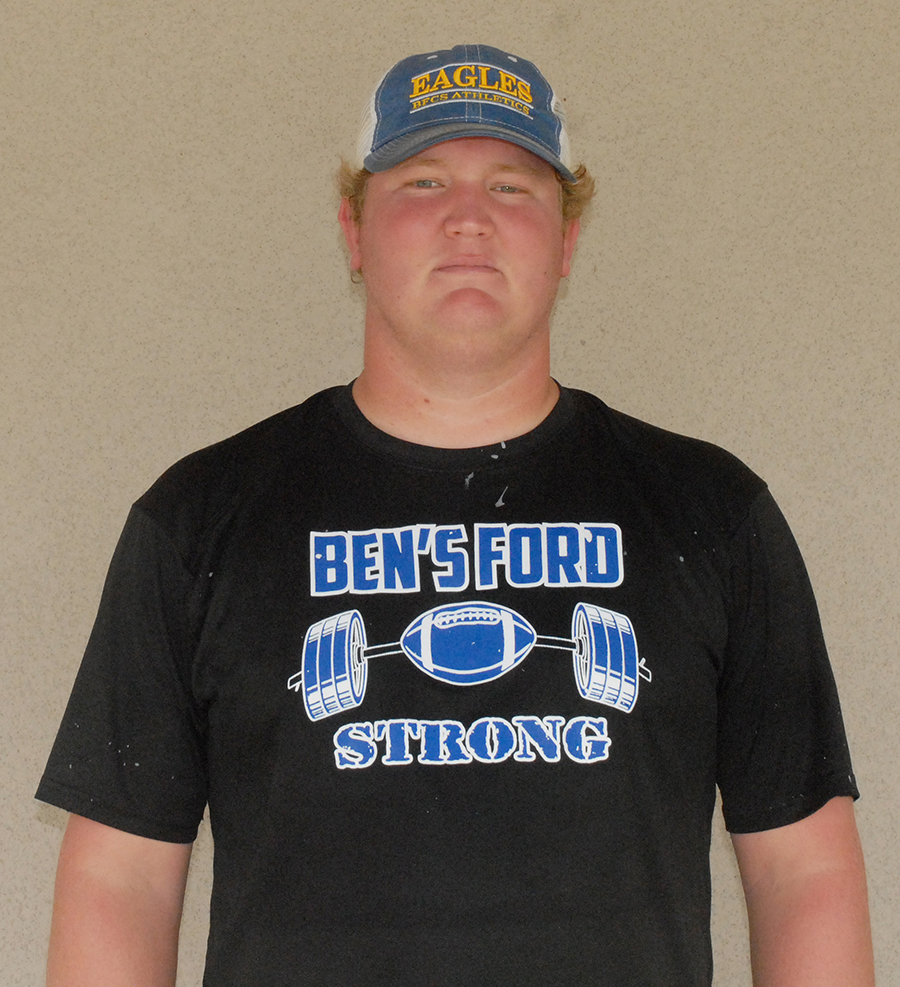 Destin Pittman is taking the reins at his alma mater, as Ben’s Ford Christian School has named him their head football coach.

Pittman, who graduated from Ben’s Ford in 2015, enters into his first head-coaching job.

“My dad’s been here, I think he’s going on his 11th year coaching, and I went here since I was in the sixth grade,” Pittman said. “I don’t know, it was a process I guess you could call it from assisting from when I was playing college ball in the summers and running the weights and this year, getting hired on as the head coach.”

Pittman’s father Tommy Pittman, who will be an assistant, has coached at Ben’s Ford since 2009 and was the head football coach in 2012-2013 and in 2019. This year, he will be the quarterback coach.

During the summers following his first year at Mississippi College, Pittman worked with the football team.

Ben’s Ford played 11-man football from 2009-2018 and eight-man before that. Ben’s Ford went back to eight-man last year.

Destin Pittman said that 2019 was a learning year.

“There were a lot of things that took place last year and we went, ‘oh, you can do that, or, this isn’t going to work,’” Pittman said. “A lot of people (say), ‘you just take three people off the field, you take this tackle, that tackle and a receiver off the field and you play.’ And yeah, technically you do, but you can’t play the same defensive schemes, there’s a lot of stuff you can’t do because you’re doing that.”

“It’s all man-to-man,” Pittman said. “We tried that and it didn’t work. There’s nothing like taking everything you worked on all spring, all summer and just throwing it into the trash because you said, ‘that’s not gonna work. It’s just not,’ and you start having to teach things you weren’t expecting to have to teach as far as man coverage. That’s the biggest thing I’ve learned is the defense. The defense is very tough, especially when you’re playing on that big field. It seems huge when you’ve only got eight guys to cover. I think we’re going to be a lot more prepared.”

Pittman feels another reason why they will be more prepared is because of the coaching staff.

“I have five guys who were here everyday near about and that makes a difference having position groups,” Pittman said.

Pittman said he sees this as one of the biggest challenges he has ever faced.

“I’m taking a team that has averaged winning (1.5) games (per season) the past four years and trying to turn it around and I feel like we can do it,” Pittman said. “We have the talent and we have the kids here. I know we’re a small school, and like I said, we’ve struggled, but we definitely have the chance to do something special.”

Pittman said he really likes the work ethic of the players and the ones coming up.

Ben’s Ford Christian School athletic director Derek Dantin said they could not be more excited for Pittman being their new football coach and leading their program going forward.

“He’s an alum, he bleeds blue-and-gold and he knows our mission, which is to point kids to Jesus Christ, and we want to do that through every facet of our school and football is a big part of that,” Dantin said. “Hopefully, he’ll be the football coach here for a long time.”

Pittman, who graduated from Mississippi College in May, will be teaching history, Bible and physical education this year.