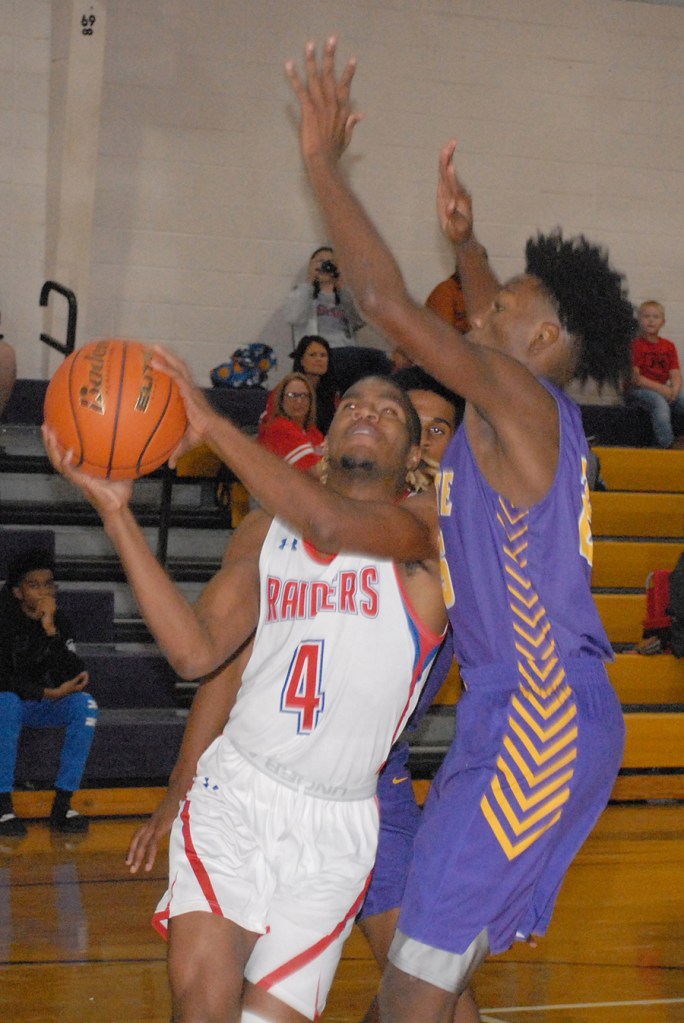 DAILY NEWS PHOTO/Chris Kinkaid Pine’s Jordan Anderson gets inside during a game this season. Anderson is a first-team all-district player in 9-2A.

Pine’s Jordan Anderson is a first-team all-district basketball player in the 9-2A league.

This season, Anderson averaged 24.1 points per game in district play with seven rebounds and four assists.

Two players from schools in Washington Parish made the second team in Varnado’s Kim McGowan and Pine’s Tristan Jones.

For the entire season, McGowan averaged 11 points a game along with two rebounds, 2.2 steals and 1.8 assists.

Jones averaged 12.3 points per game in district this season.

This year, Bickham averaged 6.2 points and 4.4 rebounds a game.

Miguel Fland recorded 7.6 points per game, 1.6 boards, 1.4 steals and a pair of assists this year.

The league’s Most Valuable Player is Amite’s Corey McKnight and Independence’s Desmond Hunter is the district’s Coach of the Year.

This season, Amite reached the playoffs and was the No. 24 seed, but lost to eight-seeded and quarterfinalist Lake Arthur, 59-38.

Besides Anderson and McKnight, the rest of the first-team players are Independence’s Markendrick Andrews and St. Helena College and Career Academy’s Devin Hopkins and Jency Riley.

Besides McGowan and Jones, the rest of the second-team all-district players are Independence’s Jaden Howard, Amite’s Lemar Harris and Kentwood’s Cornelius Dyson.

St. Helena College and Career Academy was the No. 31 seed, but lost to second-seeded and state runner-up Rayville, 98-54, in bi-district round of the playoffs.

Kentwood was the No. 30 team, but lost to third-seeded and semifinalist Red River, 82-48, in the bi-district round of postseason. 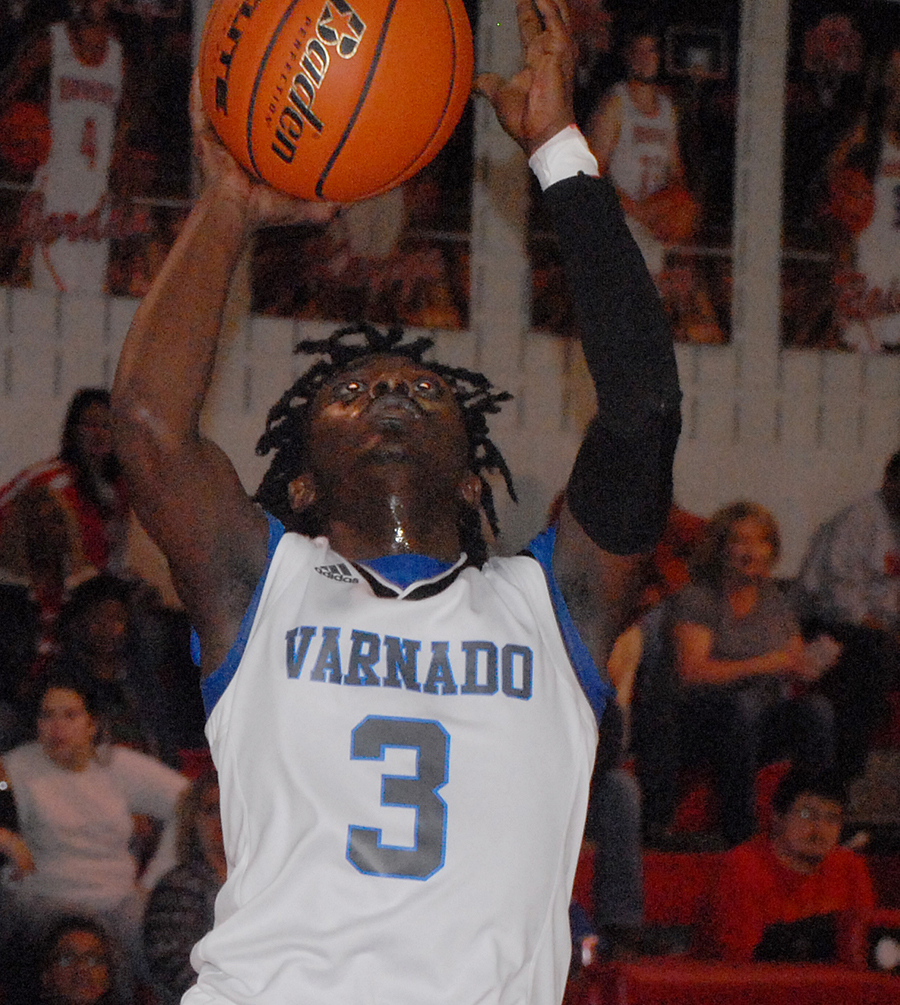 DAILY NEWS PHOTO/Chris Kinkaid
Varnado’s Kim McGowan Jr. gets inside for a shot in a game this season. McGowan and Pine’s Tristan Jones are second-team all-district players.