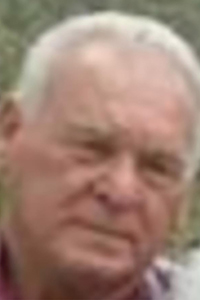 Mr. Jerry “Provost” Creel passed away on Tuesday evening, July 21, 2020, at the age of 79, at Slidell Memorial Hospital. Mr. Jerry was an owner/operator of Jerry Creel Trucking for many, many years.

Jerry is survived by his loving wife of 48 years, Nedrey Holmes Creel, of Bogalusa; four sons, Craig Ritchie of Bogalusa, Barney Ritchie (Toni) of Bogalusa, Charles “Chubby” Ritchie (Helen) of Stateline, Miss., and Jeffery Smith of Tylertown, Miss. two brothers, George “Dick” Provost (Beth) of Denham Springs, and Ralph (Bannie) Provost of Monroe; one sister, Elaine Pardue (Butch) of Monroe; special daughter-in-law, Belynda Ritchie of Bogalusa; by numerous grandchildren, great-grandchildren, and great-great-grandchildren; as well as numerous nieces and nephews. He will be missed by his many, many friends.

Relatives and friends of the family are invited to sign the register book online at www.brownmcgehee.com.