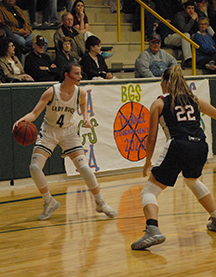 Five Bowling Green players are on the first team.

Jones posted 10.9 points to go with four rebounds and a steal per game.

McCain recorded 5.5 points a game along with three boards, 1.6 assists and 1.2 steals a contest.

Devall recorded 3.6 points per contest to go with 1.5 boards.

This season, Ben’s Ford posted a 20-14 record. The 20 wins were the most they had for a season in the program’s history, surpassing their previous record of 18 that was last year. 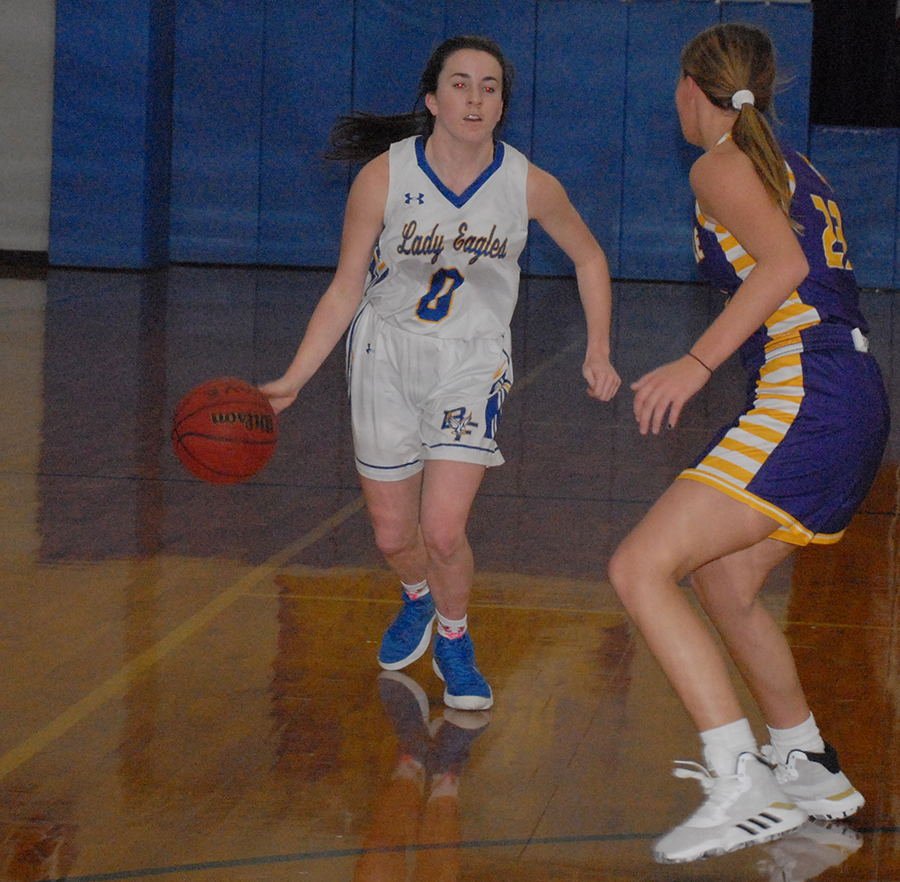 DAILY NEWS PHOTO/Chris Kinkaid
Ben’s Ford Christian School’s Alaina McClelland dribbles the ball against a defender in a game this year. McClelland was an all-district player this season.