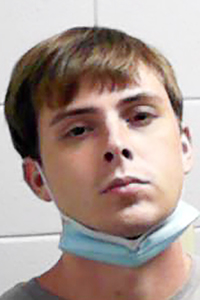 A Bogalusa man was arrested Tuesday on charges including attempted second-degree murder, according to Det. Capt. David Miller of the Bogalusa Police Department.

Miller said that officers answered a call of shots fired in the 200 block of Bankston Drive, at approximately 9 p.m. on Saturday, July 11.

“Upon arrival, it was determined that there were three gunshot victims, all of which were being removed from the scene and transported to the hospital for emergency medical care,” Miller said. “Witnesses on the scene were interviewed and an investigation was begun.”

Miller said that it was learned that an altercation took place earlier that day at a convenience store in Bogalusa. The altercation reportedly involved a male victim and Randy Sullivan, of Bogalusa. Sullivan was identified from surveillance video, and through photo line-ups.

Miller said that the three shooting victims were interviewed after receiving medical treatment, and two of the victims identified Sullivan as the shooter, while the third victim did not see him.

Warrants were obtained for Sullivan’s arrest. During an interview of Sullivan, and his juvenile girlfriend that was with him during the incident, both confirmed that Sullivan went to the 200 block of Bankston Drive, to finish the altercation that occurred earlier from the convenience store, Miller said.

“There was a fight between Sullivan and the male victim, which resulted in Sullivan firing several shots from a small handgun, out of the passenger side window of their vehicle as they pulled away from the scene,” Miller said. “It was determined through statements from the suspects and witnesses in the matter, that the male victim was the target of the shooting, and that the female victims were shot as a result of them being in close proximity of the male victim at the time the shots were fired.”

On Tuesday, Sullivan was arrested and charged with one count of attempted second-degree murder, two counts of aggravated battery and one count of illegal use of dangerous weapons.

Miller said that Sullivan was charged appropriately with the aggravated battery of the female victims, and the attempted murder of the male victim. He also noted that Sullivan’s juvenile girlfriend was charged with accessory after the fact to attempted second-degree murder, after withholding details of the shooting that are considered evidence in the matter, in an attempt to influence Sullivan’s prosecution. Her name was not released.