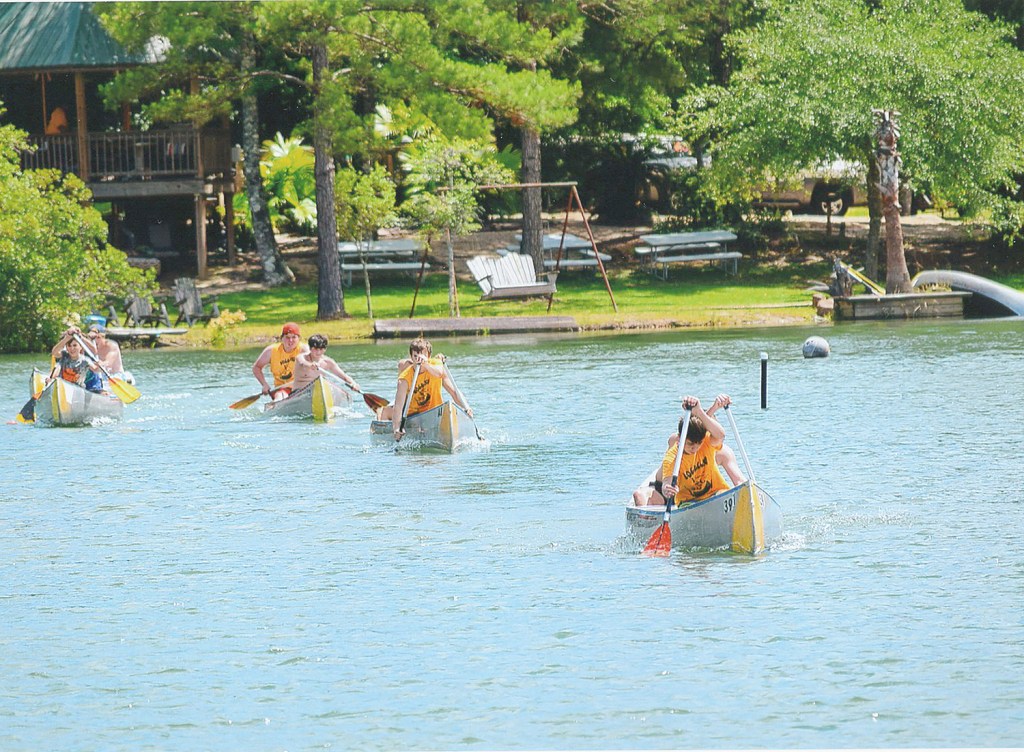 After many hours of practice, the local venture scouts are ready to compete in the 59th annual Explorer/Venturer 110-mile Bogue Chitto River Canoe Marathon Race.

The annual event takes place starting Thursday, July 16 until Saturday, July 18 with the competition being held over a three-day, six-leg, 110-mile course on the Bogue Chitto River.

The local Nashoba District, which encompasses Washington and western St. Tammany Parishes, host the event that is sponsored by the Istrouma Area Council, Boy Scouts of America, headquartered in Baton Rouge.

It begins at the Mississippi Highway 98 Bridge near McComb, Miss. and ends at Lock No. 3 on the Pearl River Navigational Canal in Sun.

The competition includes boys and girls with divisions in the Advanced Aluminum Canoes, Novice Aluminum and Beginners for first time paddlers.

Coed teams are also in each division.

With the exception of the forthcoming Bogue Chitto Race, it has been a very disappointing year for the local scouts with canoe races canceled including the annual 120-mile White River National Explorer/Venturer Race in Arkansas, which local scouting units have competed in since 1977.

Nevertheless, the area paddlers are very eager to compete in the Bogue Chitto Race as evidenced by their practices.

Registration starts at the 98 Bridge with competition getting under way at 9 a.m.

The opening leg is from the Highway 98 Bridge near McComb, Miss. to the Walker Bridge Waterpark in Tylertown, Miss. with a quick change for paddlers.

The new paddlers continue on the second leg to the Warnerton Bridge.

After lunch, the third leg starts at 1:30 p.m. with paddlers going to Franklinton where they are expected to arrive at the Franklinton/Kentwood VFW Post 7195, which will treat the paddlers and guests to a meal.

The fourth leg gets under way at 8 a.m. Friday morning, proceeding from Franklinton to Enon with canoes arriving at the Bogue Chitto River Adventure Tube and Kayak Center near the Enon Bridge at approximately 10:30 a.m.

After lunch, the fifth leg of the race begins at 1:30 p.m. to end around 4 p.m. at the Five Lakes Campground, which is located two miles west of the Fifth Ward School on Highway 40.

The scouts and guests will be treated to a dinner hosted by Washington Parish Sheriff Randy Seal.

On the last leg, scouts will be joined by a special division of former competitors of the race. These alumni explorer/venturer canoers will compete for the coveted Sport Bankston Memorial Trophy named for a dedicated supporter of the race, who passed away in 1996.

Individual awards will be presented after the race between 11:30 a.m. and noon.

During the race, members of the Washington Parish Sheriff Department will provide safety boats. 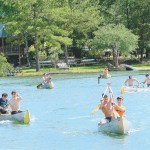