Their season was canceled because of the COVID-19 pandemic.

“Colton is a hard worker and seeks to improve his game every match,” Bettencourt said. “He proved that last year in his first year playing tennis after making it to the state tournament.”

“This shows his versatility and dedication to the team,” Bettencourt said.

Bettencourt said that Tran has played tennis for Franklinton for four years.

“She started in doubles and made a name for herself as the girls number one singles,” Bettencourt said. “Her passion and drive led her to qualify for the regional and state tournaments. We will miss her leadership greatly next season.”

Look for more Senior Showcases in future editions of the Daily News. 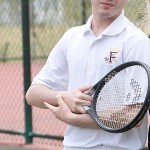 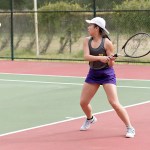 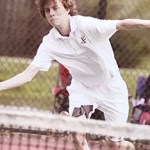