Their season was canceled because of the COVID-19 pandemic.

“Abby Hodges is a very talented young lady,” Matise said. “She received a scholarship to Lyons College in Batesville, Ark. for cross country. She was a great leader for our track team and had a great attitude.”

Matise said that Mizell has a love for track.

“She was always ready and willing to try new events,” Matise said. “She encouraged her fellow teammates to always do their best and always had a smile on her face.”

Matise said that Morere had a go-getter attitude.

“He worked hard at everything he did and was a great role model for the younger track team members,” Matise said.

Look for more Senior Showcases in future editions of the Daily News. 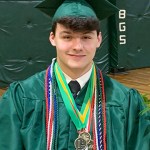 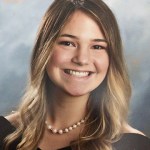