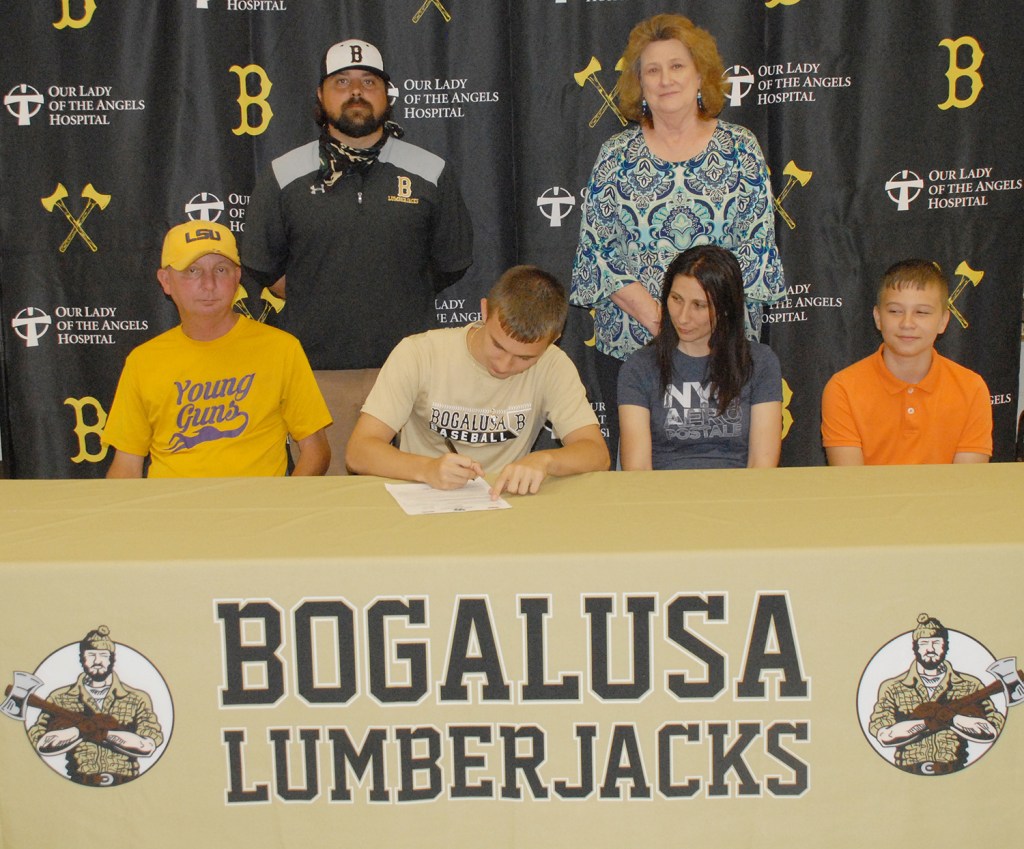 Bogalusa High School’s Joseph Ikerd has signed a letter of intent with Wayland Baptist University to play baseball for the Pioneers.

Wayland is located in Plainview, Texas.

“It’s a decision I wanted to make and I feel like it’s the right choice for me,” Ikerd said.

Ikerd was an outfielder and pitcher for the Lumberjacks. Bogalusa coach Michael Cummings said he had Ikerd playing all over the outfield.

“It’s a dream come true really (to play college baseball). I’m just going to try my best when I get there to do my job,” Ikerd said.

This year’s season was canceled early on because of the COVID-19 pandemic.

“It was tough, but you just had to stick it out. Stuff happens,” Ikerd said.

“Ike is probably my most dedicated, one of my most dedicated kids I’ve ever coached,” Cummings said. “He absolutely loves baseball and it’s always been his dream to play college baseball. He’s worked really hard for that. His grades were good. All around, just an awesome kid. He’s everything that when people go into coaching what they want to coach, and the end result, he’s that kid. Baseball helped mold and shape him. I’m real proud of him and he’s done real well.”

Cummings talked about what Wayland Baptist is getting in the player.

“They’re getting a good little lefty. He’s a solid outfield player. Pitching wise, he came a long and this senior year was going to be his year to really showcase himself as a pitcher. He’s been working at it since he was little with his dad in little league and so on and this was going to be his big time to get his time in the sun, but when COVID hit, he didn’t get those games. He’s got a good bat, a pretty good average of getting on base. We’ve got to work on some of that speed, but he’s good.”