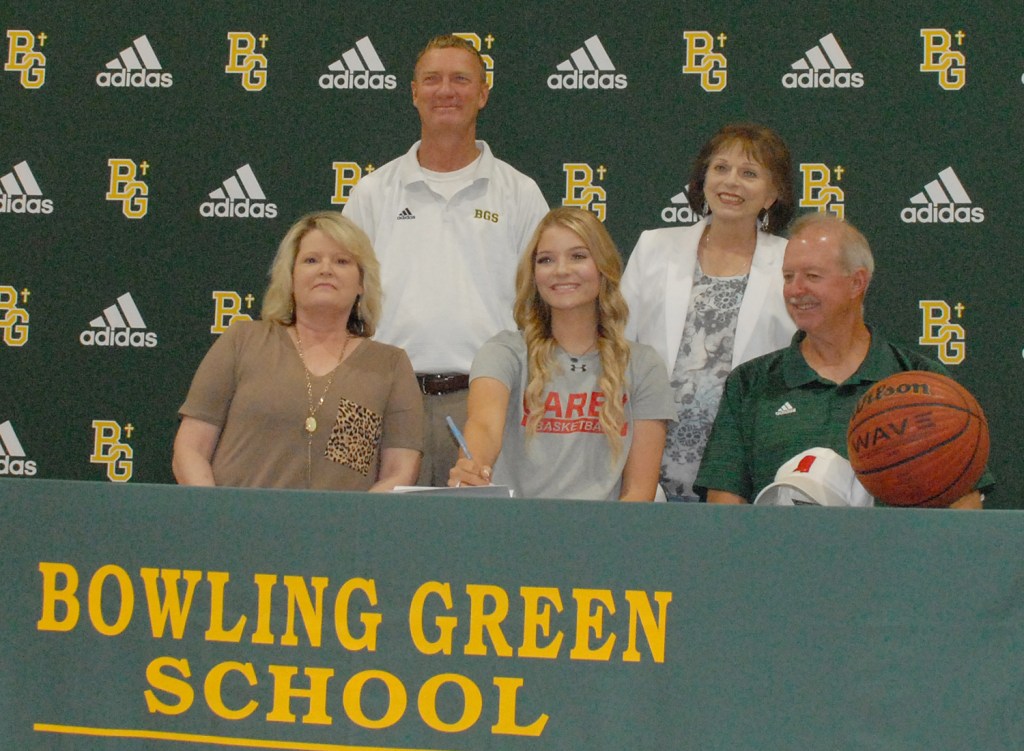 Bowling Green School’s Kyley Seals has signed a letter of intent to attend William Carey University and play basketball for the Crusaders.

“It was actually a no-brainer,” Seals said. “I loved playing with McKinley (Seal) here at Bowling Green, and the coach (Tracy English), I’ve seen and heard really good things about him and the assistant coach (Jessica Garriga) as well, I think highly of both of them. They have a med school at William Carey (Seals wants to be an ER doctor) and that’s what I want to pursue, so it was a no-brainer. When he called and offered me, I couldn’t pass it up.”

McKinley Seal, who will be entering her junior season in the 2020-21 season at William Carey University, is a former Bowling Green School basketball player, who graduated from BGS in 2017.

Seals and Seal played together for about a year and a half.

“We have really good chemistry on the court and we read each other very well and I think it’ll be definitely a dynamic duo,” Seals said.

Seals said she is super-excited about the decision to go to William Carey.

“I can’t wait to see how much I improve as a player, as a person and where it leads me,” Seals said.

Seals played forward and center for the Lady Buccaneers.

Over the years, Seals had plenty of accomplishments.

She was a first-team all-district player from her sophomore year through her senior season. Her senior year. Seals was also an all-state tournament player, Top 8 of 3A Class, an All-South State Tournament player and she was a Midsouth Association of Independent Schools All-Star.

This season, Seals averaged 8.5 points per game along with 4.1 rebounds, 2.9 steals, 2 assists per contest.