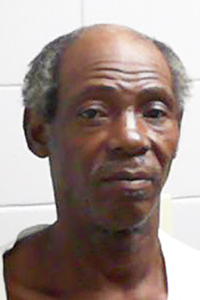 A Bogalusa man was arrested Thursday and charged with attempted second-degree murder in connection with a stabbing, according to Maj. O’Berry of the Bogalusa Police Department.

“During the early morning hours of June 10, officers with the Bogalusa Police Department Criminal Patrol Division responded to the 1000 block of South Columbia Street in reference to a report of a stabbing victim,” O’Berry said. “Upon arrival, officers discovered a man there who had been stabbed multiple times at the Delmar Motel. The victim was transported to an area hospital for treatment, and is expected to recover from his wounds.”

O’Berry said that detectives began an investigation and identified the suspect as Edward Lee Conerly of Bogalusa. On Thursday morning, detectives and patrol officers located Conerly at his residence.

Conerly was placed under arrest and charged with attempted second-degree murder. A search warrant was obtained for Conerly’s residence, and the knife believed to have been used in the attack was located, O’Berry said.

Conerly was booked into the Bogalusa City Jail and will later be transferred to the Washington Parish Jail.

“Officers and detectives are to be commended for their quick work in identifying and arresting the suspect in this matter,” O’Berry said.