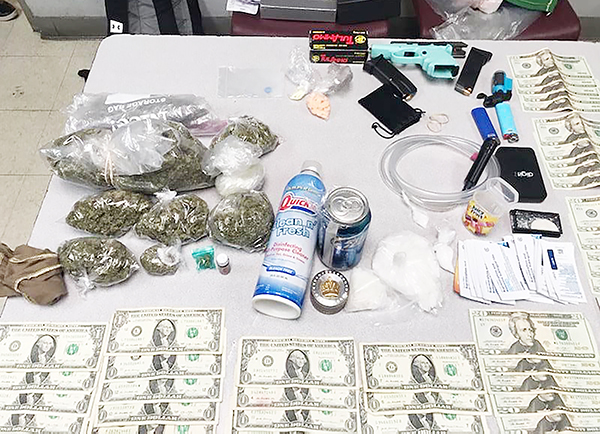 On Friday, June 5, and Saturday, June 6, officers with the Bogalusa Police Department Criminal Patrol Division made two separate and unrelated arrests of suspected drug traffickers, which resulted in the seizure of a large quantity of illegal narcotics, weapons, and currency, according to BPD Major Wendell O’Berry.

On that Friday evening, officers observed Lacorte Jermaine Cooley, who was known to have an active warrant, outside of his residence, O’Berry said.

“Upon approaching Cooley, officers observed him conceal a handgun,” O’Berry said. “Officers recovered a .22-caliber handgun from Cooley, which was found to be stolen. Officers also recovered over 10 grams of marijuana nearby. Cooley was placed under arrest.” 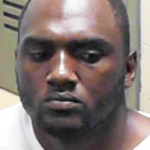 During a subsequent search of his residence, officers seized a small amount of Schedule IV Narcotics and drug paraphernalia consistent with the distribution of illegal narcotics, and over $400 in currency, O’Berry said.

In the early morning hours of June 6, officers conducted a narcotics investigation after a traffic stop of David Hall Jr., in which he was found to be transporting a large amount of illegal narcotics, a handgun and a large amount of currency, O’Berry said.

“The traffic stop led to a search of Hall’s residence, where more illegal narcotics and weapons were recovered, as well as a large amount of currency,” O’Berry said. “Evidence recovered from Hall’s truck and residence included over 140 grams of suspected methamphetamine, over 550 grams of marijuana, 43 Suboxone packages, over 120 tablets/pills of various scheduled narcotics and legend drugs, a small amount of suspected heroin, a small amount of suspected powder and crack cocaine, edible THC gummies, two handguns, three shotguns, and a rifle. A significant amount of drug paraphernalia and documents were also recovered, consistent with drug trafficking.”

O’Berry said that officers also seized over $12,000 in currency and a 2014 Chevrolet truck, believed to be proceeds from the sale of illegal narcotics. 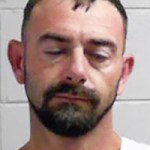 Deputies with the Washington Parish Sheriff’s Office assisted BPD officers with the search of the residence outside the city limits, O’Berry said, also noting that “these officers are to be commended for their professionalism and their diligence in our efforts to take illegal drugs and weapons out of our community.”