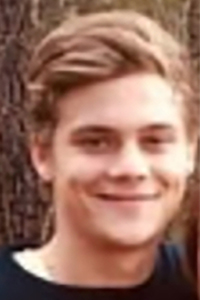 Brett Wayne Ritchie was born in Bogalusa on Oct. 4, 1995, to his loving parents, Sidney Wayne Ritchie Jr. and Kristen Nicole Watts. He was taken from his loving family on Easter Sunday at the age of 24. He was a lifelong resident of Bogalusa.

Online condolences may be shared at the Poole-Ritchie website at www.pooleritchiefuneralhome.com.