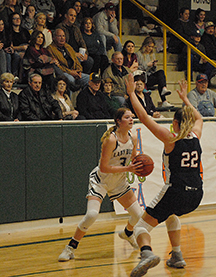 A Bowling Green Lady Buccaneers’ basketball player is an All-MAIS player for Class 3A.

Kyley Seals is an All-MAIS player.

Besides this honor, Seals was also an all-star in the Class 3A-5A game that took place last month.

This season, Bowling Green won the regular season district championship and then they captured the league tournament.

The five All-MAIS Teams feature seven players along with awards for player of the year and coach of the year.

Columbia Academy’s Ally Alford is the Class 3A Player of the Year.

North Delta School’s Harrison Nickle is the 2019-20 Class 3A Coach of the Year.