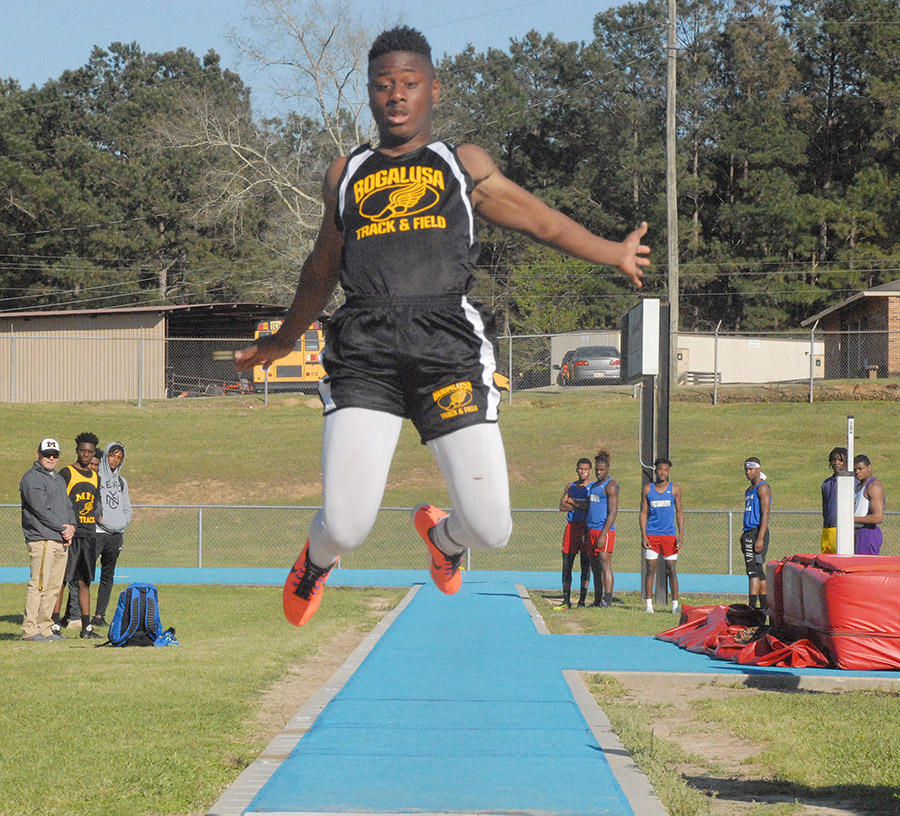 Several top-six finishers in the long jump were athletes from Washington Parish.

Bogalusa’s Josh Taylor was runner up at 20-6.75, Franklinton’s Caleb Brown took fourth at 19-2 and Varnado’s Benny Jarvis was sixth with a distance of 18-3.

Varnado’s Zamaryion Washington was runner-up in 11.60 and Franklinton’s Bryan Williams was third in the 100, after finishing at 11.62.

Franklinton’s Spencer Lambert bested the discus, Blaine Bulloch topped the javelin and Varnado’s Jarvis James was the winner in the 800.

Lambert threw the discus a distance of 125 feet, 9 inches. Bogalusa’s Kalik Foster was second with a throw of 99-6.

Bulloch posted a javelin throw of 153-7.

Teammate Caleb Brown was second in javelin, after a distance of 146-6.

Franklinton’s Kade Lavigne was sixth at 2:32.

Teammate Tyron Johnson was fourth after crossing the finish line in 17.42 and Franklinton’s Kendarius Mark was fifth in 17.92.

Jewel Sumner’s Dominic Haney won the race, with a time of 15.64.

Lambert was second in the shot put, after throwing 38 feet, 6 inches.

Franklinton teammates Lavigne and Mark, along with Bogalusa’s Gamble, were third in their events.

Bogalusa teammates Burrell and Johnson were fourth and sixth with times of 46.48 and 48.21, respectively.

Franklinton’s Glenn Mark was sixth at 5-0, with he and Loranger’s Zaire Landrews finished tied for sixth after the tiebreaker. Jewel Sumner’s Deshon Coleman won at 5-8 in the tiebreaker after he and Sims tied for the top spot.

Bogalusa tied Fontainebleau for second place in the team competition, with 109 points. 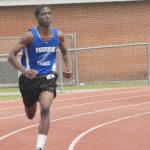 DAILY NEWS FILE PHOTO/Chris Kinkaid
Varnado’s Jarvis James runs the 800 in a meet last season. James won the 800 in the meet at Jewel Sumner in 2:17.