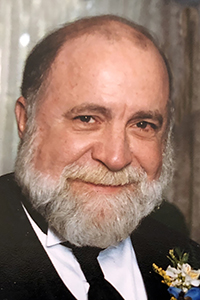 Gary Paul Ledet, beloved husband of Nellie Rose Hunt Ledet, passed away peacefully at home surrounded by his family on March 14, 2020, at the age of 75.

Gary was born in Thibodaux, and later settled in Bogalusa. He was a Vietnam Era war veteran, serving as corporal in the U.S. Marine Corps. A graduate of Nicholls State University, he spent his career at Sullivan Vocational-Technical School in Bogalusa for more than 20 years. Upon retirement, he settled in Franklinton and became an avid gardener.

He is also survived by his beloved siblings, the Rev. Donald, Carroll (Joan), Maryann, Lee, Ellis Jr. (Cathy), Beverly Gaubert (David), and Anita Brown. He was uncle to numerous nieces and nephews.

He was preceded in death by his parents, Elma Robichaux and Ellis J. Ledet Sr.; and his sister, Lois.

Funeral services and burial were scheduled to be held graveside at St. Joseph’s Abbey in Covington on Saturday, March 21, at 11:30 a.m.

The family kindly requests donations be made to St. Jude Children’s Hospital, in lieu of flowers.