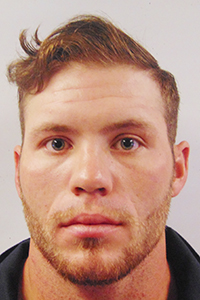 A Bogalusa man was arrested Thursday, Feb. 20, and charged with multiple crimes, including pornography involving juveniles and computer solicitation of a minor, according to Chief Deputy Mike Haley of the Washington Parish Sheriff’s Office.

Haley said that Jacob S. Freeman, 28, a resident of Cedar Road in Bogalusa, is in the Washington Parish Jail charged with indecent behavior with juveniles, two counts of pornography involving juveniles, computer solicitation of a minor, four counts of possession of illegal drugs and possession of drug paraphernalia. He was arrested on Thursday, Feb. 20, and his bond was set at $500,000.

Freeman’s arrest came about as a result of an investigation by WPSO Det. Demmie Rice into allegations of sexual activity with juveniles, Haley said.

“During the investigation, and during the process of taking custody of vulnerable minors, Det. Rice discovered the illegal drugs,” Haley said. “Assisted by Lt. Chris Hickman and Patrol Deputy Chad Cassard, Det. Rice took Freeman into custody and placed him in jail. Due to the egregious and sensitive nature of this matter, further information will not be disclosed.”

Haley said that Freeman has previous stays in the Washington Parish Jail since 2015 on charges including domestic violence, criminal damage to property, driving while intoxicated and driving with an expired driver’s license.

“The details of this case are shocking,” Washington Parish Sheriff Randy Seal said. “Hearing the facts of the entire sordid matter literally made me sick to my stomach and I am so grieved over the damage that has been done to vulnerable juveniles. Where does Mr. Freeman belong? Exactly where he is, residing in a dormitory inside the Washington Parish Jail. Thank you, Det. Rice, for your hard work.”