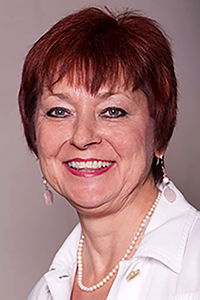 Joannie Miller, of Bogalusa, has accepted the appointment to the National Federation of Republican Women (NFRW) Membership Committee. She is one of 15 members appointed to the NFRW Membership Committee from states around the country, including California, Georgia, Kentucky, Louisiana, New York, Ohio, Oklahoma, and Wisconsin.

Founded in 1938, the National Federation of Republican Women is one of the largest women’s political grassroots organizations in the country, with tens of thousands of active members.

One of the jobs associated with the membership committee is to serve as a liaison with the NFRW Regional Director, Eileen Sobjack (Texas) and the Louisianan State President, Wanda Aizpurua, with respect to Membership.

The first meeting of the committee was held electronically on Thursday, Feb. 13, and will continue each month. Miller will be headed to Washington, D.C., on March 25 for NFRW’s Advocacy Day and Spring Board of Directors meeting. The meetings will take place in Alexandria, Va., and Washington, D.C., from March 25-29.

On Thursday, March 26, Republican women will be on Capitol Hill for Legislative Advocacy Day. In addition to high-level briefings at the Capitol and Republican National Committee headquarters, events will focus on advocacy meetings with Members of Congress on NFRW legislative priorities.

Advocacy Day on Capitol Hill gives Republican women from across the nation the opportunity to be briefed directly by members of Congress on current legislation, to attend committee hearings and other legislative events, to meet with members of their state’s congressional delegation, to present a united front, and make their collective voices heard on Republican issues.

Dressed in “Republican Red,” attendees will take a group photograph with Republican representatives and senators on the Capitol grounds.

The Spring Board of Directors Meeting will provide workshops, committee and regional meetings, activities, and networking.

Miller is presently the Louisiana Federation of Republican Women Membership Chair, the Immediate Past President of Washington Parish Republican Women, and the Republican Parish Executive Committee Member-at-Large. She said that she is very excited about her new appointment to the federation.