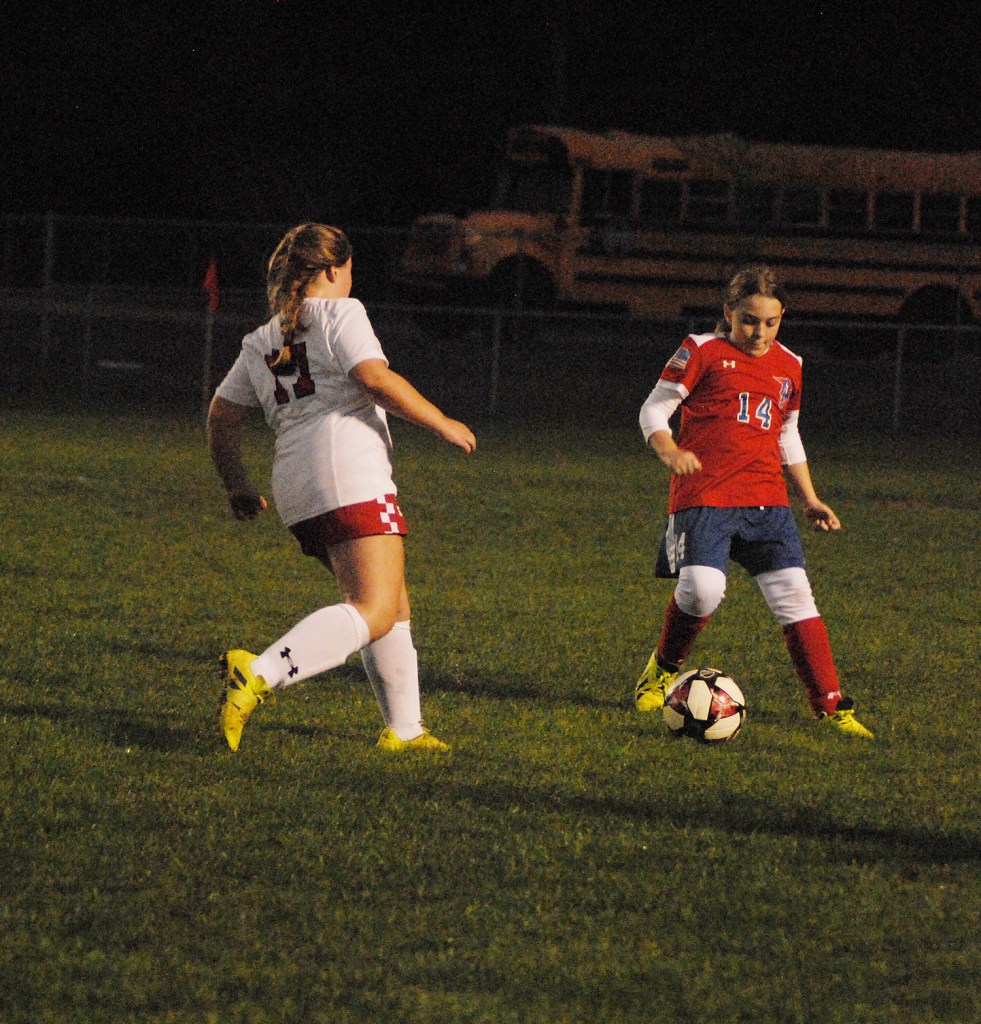 Pine’s Lady Raiders fell to Christ Episcopal School, 8-0, in a District 6-IV home game that took place on Tuesday.
The Lady Raiders struggled with getting possession against the third-ranked Division IV team in the LHSAA power rankings.
Christ Episcopal scored its first goal in the third minute when Maddy Hancock hit the back of the net from the middle of the field. It was her first of two goals.
The Lady Raiders did what they could and their goalkeeper stopped one shot after another, helping keep it a 1-0 game, but then Christ Episcopal began getting better shots.
Christ Episcopal took a 2-0 lead in the 13th minute when Lainey Connell dribbled in, got 1-on-1 with the keeper and scored her first goal of three.
It was Christ Episcopal’s first of three goals in five minutes.
Hancock got in close and tallied in the 15th before Connell made it 4-0 in the 18th.
Christ Episcopal added two more before halftime on goals by Connell and Hancock in the 27th and extra time, respectively.
It was 6-0 at halftime.
Christ Episcopal scored two goals in the first three minutes of the second half.
Emily Hines tallied in the 41st minute before Kailey Perilloux made it 8-0 two minutes later and forced the mercy rule.