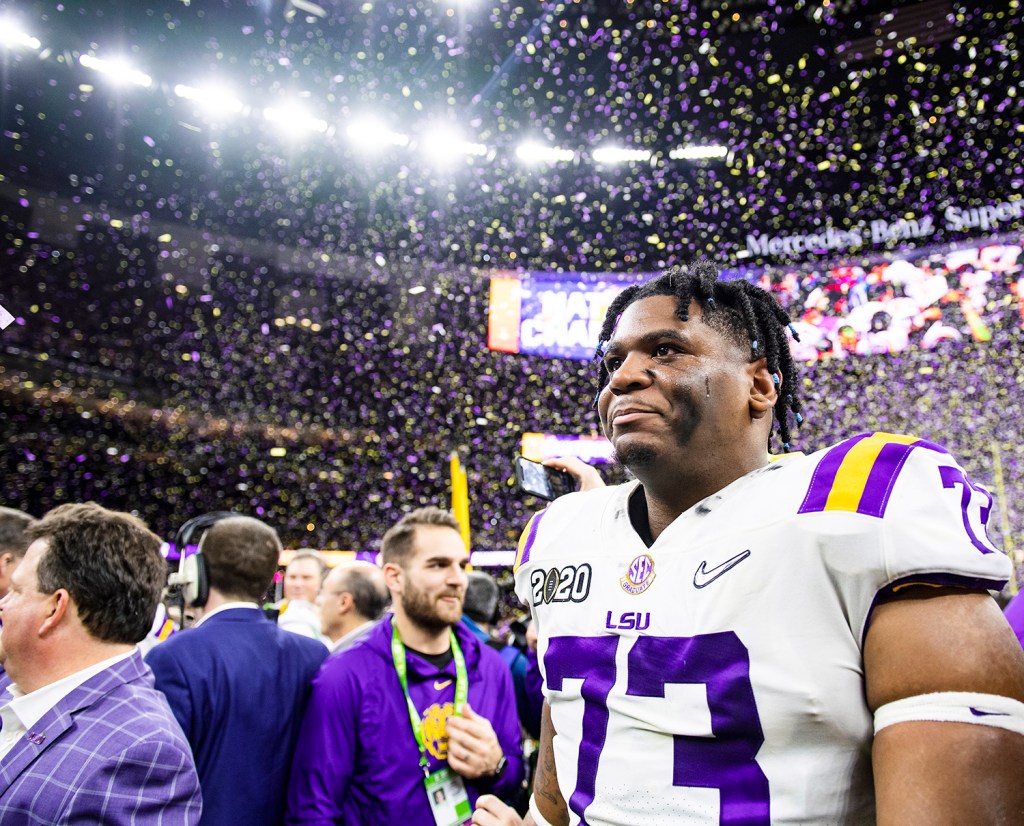 LSU is the 2019 college football national champion.
The Tigers captured the 42-25 victory over Clemson in impressive fashion at the Mercedes-Benz Superdome on Monday.
Despite trailing 17-7 early in the second quarter, LSU scored 21 more points before halftime to go up 28-17 at the break.
Clemson trimmed LSU’s lead to 28-25 with 10:49 left in the third quarter, but LSU scored two more touchdowns for the 17-point victory.
LSU’s win snapped Clemson’s 29-game winning streak.
The game featured a pair of players from Washington Parish in Franklinton graduate Adrian Magee and Pine graduate Derrick Dillon. Both are 2015 graduates of their schools.
This season, Magee, an offensive lineman, played in every game and was a second-team all-Southeastern Conference player, which was voted on by the league’s coaches.
Magee played mostly left guard, but also saw time at left tackle and right guard.
“It’s pretty amazing. I’m still trying wrap my head around that it really happened,” Magee told The Daily News.
Dillon, a wide receiver, caught 15 passes for 202 yards and two touchdowns this season.
Dillon will be playing in the 95th East-West Shrine Game at Tropicana Field in St. Petersburg, Fla. on Saturday, Jan. 18. Dillon will be playing for the East and is wearing No. 19.
LSU went 15-0 this season. Three of its wins were by one possession. The rest of the victories were by at least 14 points.
In the championship game, Joe Burrow threw for 463 yards and five touchdowns.
Ja’Marr Chase had nine catches for 221 yards and two touchdowns.
Justin Jefferson made nine receptions for 106 yards.
Clyde Edwards-Helaire ran 16 times for 110 yards and he caught five passes for 54 yards.
Terrace Marshall Jr. recorded three receptions for 46 yards and a score.
Thaddeus Moss had five catches for 36 yards and two touchdowns.
This is LSU’s fourth national championship in football. The others were in 1958, 2003 and 2007. 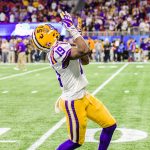