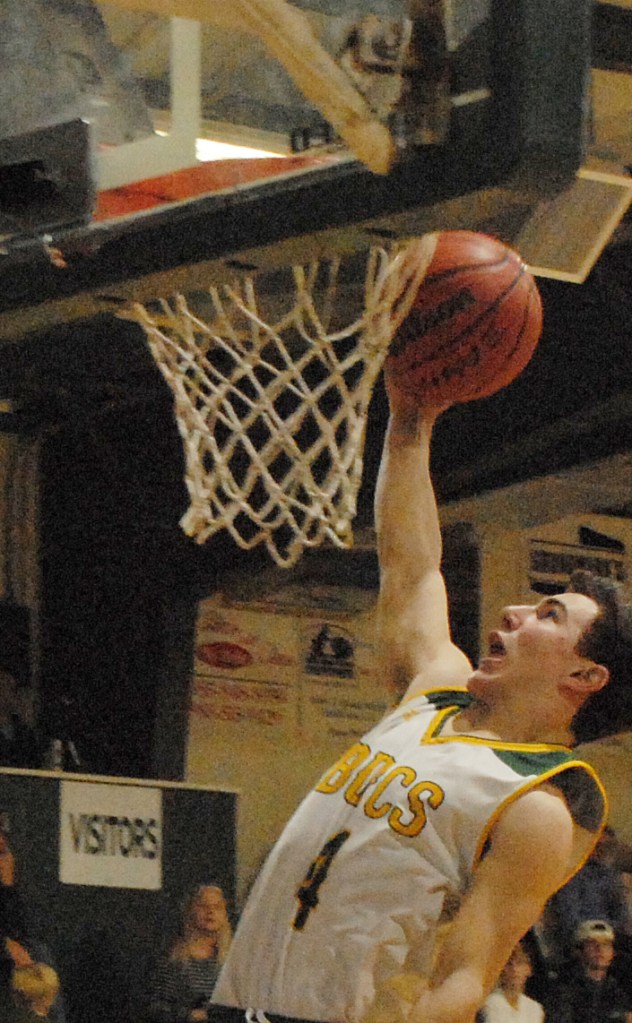 Bowling Green School’s Buccaneers jumped out to a 20-0 lead in a 64-27 win over Ben’s Ford Christian School at home Tuesday.
The 20-point run to open the game began with Steven Scott Cooper making a steal and hitting a shot for the game’s first points. Nathan Jenkins hit a 3-pointer after the Buccaneers made a backcourt steal.
Then, Jace Schexnider connected with Jenkins for two more and a 7-0 lead 1:08 into the game. Jenkins was good once again to put his team up 9-0. Jenkins split from the free-throw line for a 10-0 lead with 5:50 left. Matthew Downs made it 12-0 before Sammy Phelps for a 3-pointer from the right corner. Downs added two more to the lead with a field goal and Connor Dedon hit a 3-pointer to make it 20-0 with 1:57 left in the first quarter.
“Against a team like (Ben’s Ford), you’ve just gotta play good and make your shots, play defense,” Bowling Green’s Rece Dillon said.
Defensively, the Buccaneers held Ben’s Ford without a field goal until the 3:05 mark of the first half when Nate Descant hit a 3-pointer that made it a 27-7 contest.
It was 33-11 at halftime.
“The offense definitely struggled. I mean, going into halftime, we only had 11 points, but had probably 30 missed shots,” Ben’s Ford coach Landon Tims said. “I thought we played well offensively — everything except the fact the ball wouldn’t go in. Defensively, it’s tough to stop (Bowling Green). They’re really good. We did what we could and we just came up short.”
Bowling Green led 52-22 through three quarters before going on to the 64-27 win.
The Buccaneers had 13 hit the scoring column in the victory.
Dedon topped Bowling Green with 11 points, which included three 3-pointers.
Jenkins and Peyton Sumrall had eight points each, while Cooper and Downs posted six each, Phelps had five, Wayne Ray and Gage Richardson recorded four each, Schexnider and Dylan Sonier tallied three each and Crockett Comeaux, Jekorvian Long and Matt Hicks all recorded two for the Buccaneers. Jenkins and Phelps made a 3-pointer each.
John Robert Holston was Ben’s Ford’s leading scorer with 12 points. He also had three boards, an assist and two steals.
Descant tallied nine points, two rebounds and two steals.
Gage Adams posted two points along with 12 rebounds, an assist and a steal.
Jonah Holston recorded two points, a rebound and a steal.
Cameron Bullen had a point and five rebounds.
Joseph Williams tallied a point and an assist.
Sam Peters posted seven rebounds, a steal and two blocks, while Jonah Williams had an assist.
Bowling Green’s next game will be Saturday, Jan. 11, at home against Wayne Academy. Ben’s Ford will be back in action on Tuesday at Lamar Christian School.