Varnado allows 6 points in 2nd half in win on Friday 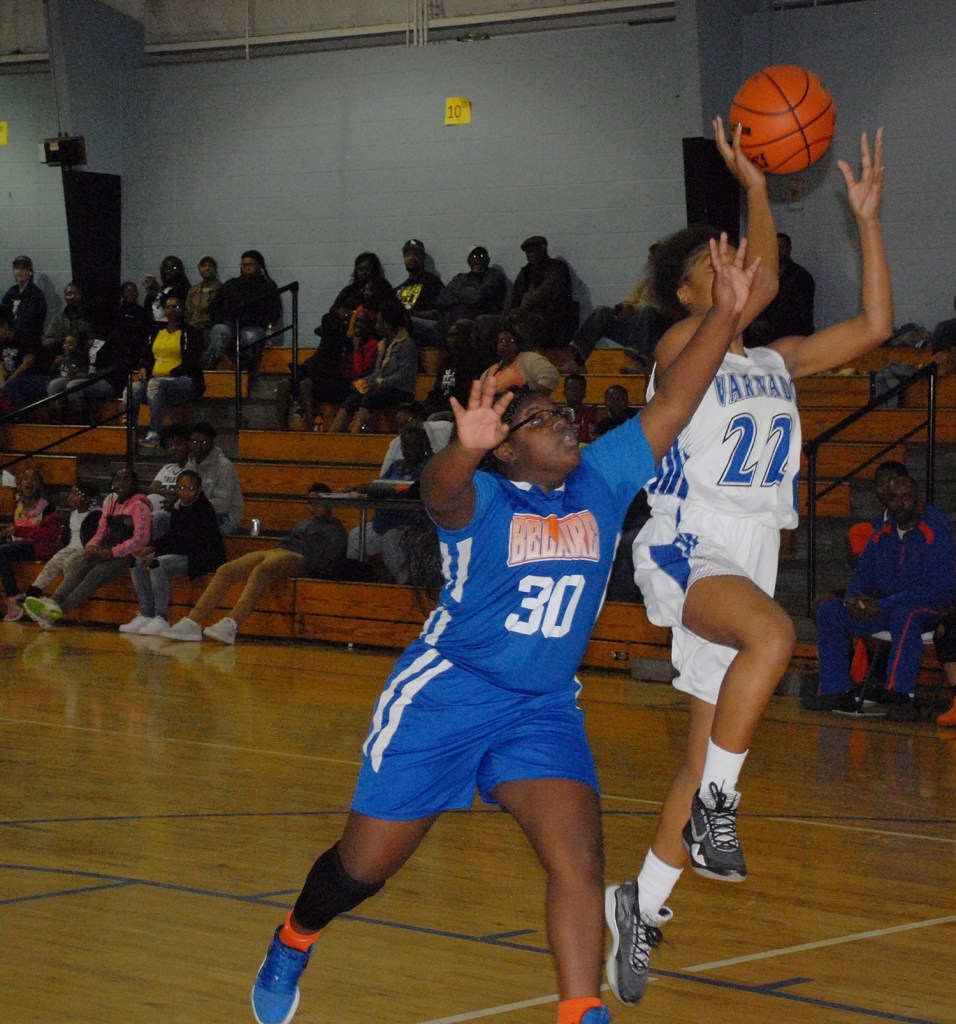 DAILY NEWS PHOTO/Chris Kinkaid Varnado’s Jalisa Jackson goes to the bucket during the first half of Friday’s game. Jackson led VHS with 14 points.

Varnado’s defense allowed just six points in the second half in a 40-23 victory over Belaire at home Friday.
The game was tied, 17-17, at halftime, but Varnado’s defense was solid throughout the second half.
Myeasha Peters gave Varnado a 20-17 lead when she hit a 3-pointer with 7:16 on the clock.
Belaire’s Deresha Johnson made a field goal at the 6:40 mark to make it a one-point game.
After the bucket, Varnado’s defense did not allow another point for the next 10 minutes and 21 seconds.
“We decided to come out after halftime to press because we were neck-and-neck, so we needed some more points back on the board,” Varnado coach Cheyenne Wilson said. “We decided to press and I suppose they started turning over the ball, and that’s how we were able to get more points on the board.”
During that time, Varnado ran off 15 points in a row.
Jalisa Jackson made a shot for two with 5:05 left in the third quarter to make it 22-19. JaKyra Dagg was good on a layup. Jackson picked up a pair of second-chance points after an offensive rebound and Brittany Smith made a 3-pointer with 1:59 on the clock and Varnado took a 29-19 lead to the fourth quarter.
The run continued in the final quarter, as Varnado posted the period’s opening six points.
Peters and Jackson each hit a shot to make it 33-19 with 5:29 left. Then, TaMarya Bell connected with Jackson for two more on a baseline out-of-bounds play, and Varnado led 35-19 at the 5:03 mark.
Belaire ended the scoring drought when Nicolevya Freeman was good for two. It was 35-21 with 4:19 to go.
Peters made it a 37-21 contest with a baseline drive with 3:58 left and Varnado went on to the 40-23 win.
Jackson led Varnado with 14 points. Peters made a 3-pointer.
Peters tallied nine points, while Myshawn Fox had seven, Dagg recorded six, Smith put up three and Bell added one in the victory. Smith made a 3-pointer.
Freeman scored 14 points to top Belaire. She made a pair of 3-pointers.
Rose Edwards had four, while Regan Thompson and Johnson tallied two each and Alissa Stewart added one.
Varnado’s next game will take place on Friday at home against Kentwood. 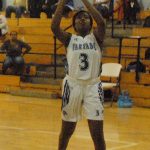