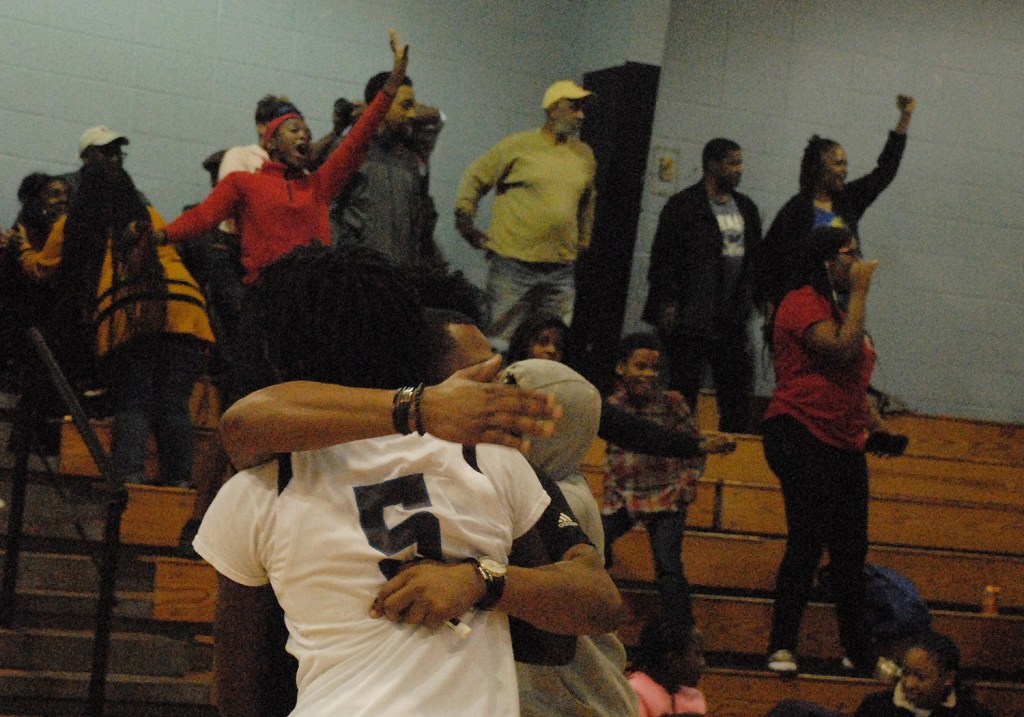 Varnado’s Michael Fland came through in the clutch, hitting a 3-pointer to send the game to overtime and another to give Varnado the lead in OT in a 55-54 victory over Belaire at home Friday evening.
Varnado either trailed or was tied from the 3:22 mark of the first quarter. The Wildcats continually came back and finally got the basket they needed to get the lead.
Belaire broke a 52-52 tie in overtime with 25 seconds left.
Trailing 54-52, the Wildcats made several passes. The final one went to Fland. He released the shot. The attempt looked to be on target and he drained it, giving Varnado a 55-54 lead with five seconds left.
“It felt good,” Fland said. “I wanted it bad. I wanted it bad. We missed opportunities, but we bounced back.”
Following Fland’s go-ahead and eventual game-winning shot, Belaire called timeout and then called a second timeout after getting just beyond halfcourt.
The Bengals set up a play and hit a shot, but it came just after the buzzer, and the Wildcats won 55-54.
Varnado trailed or was tied most of the way. Fland’s 3-pointer gave Varnado, which trailed by as many as nine points, its first lead since being up 7-5 in the first quarter.
The Wildcats had to erase a nine-point deficit at 46-37 with 5:03 left in the fourth period, but Varnado continually came back and this time, they made it all of the way back.
Varnado trimmed Belaire’s lead to 50-45 late in regulation.
Caluntay Jackson hit a shot and got fouled with 1:10 on the clock to make it a three-point game. Jackson missed the free throw, but the rebound was deflected to Varnado’s Kim McGowan Jr.
The offensive rebound led to Fland coming through once again. Fland nailed a game tying 3-pointer and got fouled, but before the free throw could be attempted, the Wildcats committed a lane violation. It was 50-50 with 1:04 to go in regulation.
Neither team scored for the rest of the fourth quarter, sending the game to overtime.
Belaire took a 52-50 lead in overtime on Donald Browder’s field goal.
Elizah Miller tied the game with 2:44 left with a drive to the bucket.
Belaire retook the lead on two free throws by Darren Keelen and it was 54-52 with 1:55 to go.
The game stayed tied until late when Fland knocked down the winning 3-pointer and then Varnado’s defense hung on just long enough in the 55-54 victory.
“It was all heart,” Varnado coach D.W. Trosclair said. “I know one thing about my team that we play with all heart and I stress that a lot — focus and heart. If we’re lacking in one thing, we’re not lacking in heart.
“I can tell you that. It was a ‘heart game’ today and I told them before the game this was going to be a tough game for us. This team is coming in and I knew they were going to push that pressure.”
Fland finished with 13 points, three rebounds, three steals and a block.
Miller tallied 10 points, six rebounds and a steal.
Miguel Fland recorded nine points, a rebound, five assists, two steals and a block.
Trevin Haynes had seven points, 13 boards, two assists, two steals and a block.
Jeremy Paul topped Belaire with 14 points.
Isaih Matthews posted 13.
Demonte Hardnett and Trey Morris tallied seven points each, while Keelen put up six, Browder put up five and Avante Givens added two.
Varnado will return to action on Wednesday, Jan. 8, with a home game against Mandeville. 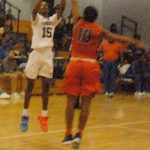