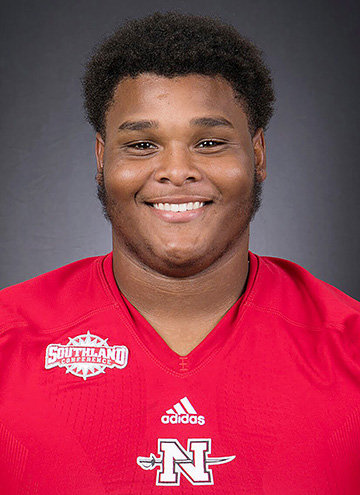 Nicholls State offensive lineman P.J. Burkhalter added another honor to his list of postseason awards, as he was named to the 2019 All-Louisiana Team.
The 2015 Franklinton graduate, who is a redshirt junior for the Colonels, is a first-team player.
This season, Burkhalter, and the Nicholls State offensive line, blocked for the Southland Conference leader in rushing yards.
The Colonels ran for 2,259 yards, outrunning the second-best team in rushing yards in Lamar by nearly 200. Lamar tallied 2,067 rushing yards.
Nicholls State had 493 carries and 34 touchdowns as a team. The Colonels averaged 4.6 yards per attempt. The touchdowns and yards per attempts also topped the conference.
Burkhalter played guard and center this season.
This season, Burkhalter was part of a Colonels’ team that went 9-5 and reached the second round of the FCS playoffs before being defeated by top-seeded North Dakota State University, 37-13.
North Dakota State will play second-seeded James Madison for the FCS Championship on Saturday, Jan. 11, at 11 a.m.