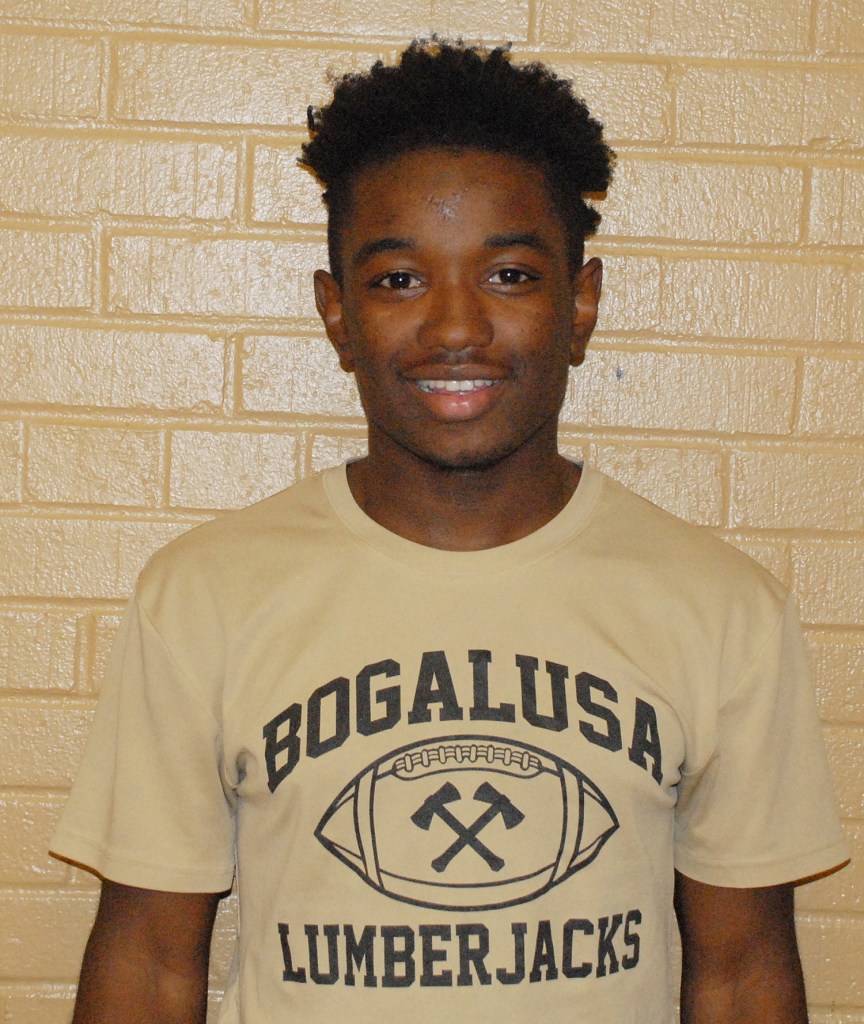 Bogalusa Josh Taylor is a four-sport athlete. The junior plays basketball, football, baseball and track-and-field.
In basketball, Taylor is guard. In football, Taylor is a quarterback, punter and kicker, and he plays shortstop in baseball.
This season, Taylor was a first-team all-district athlete and second-team quarterback.
“He’s maturing this year,” Bogalusa basketball coach Randall Ginn said. “I’ve coached him for two previous years. He’s always been a competitor. He hates to lose, but he didn’t always run the team in the correct way, at least in basketball. I’m just going to speak from the basketball point of view because I don’t coach offense in football. Obviously, he’s always been a quick point guard because of his height and his speed, but he never really led the proper way the past two years. He jacked up too many ill-advised threes, didn’t share the ball enough, and this year, he’s done a better job on both of those things.
“Up until last night (Dec. 10), he’s taken more kick-out threes and he took a few too many off the dribble early on last night, but then he settled down and hit a couple of kick-out threes after that. He’s maturing as a basketball player as far as his position and as far not being as volatile as he used to be with his temperament.”

Who has been the most influential person in your school sports career? Why?
Coach Speedy (Butler) because he’s been here since day one and he always pushes me. He always pushes me to be better and when I’m doing right, he’s still got something to tell me that I can do better and I appreciate that.

Who is your favorite athlete? Why?
My favorite football player is (New Orleans Saints running back) Alvin Kamara. I like him because I like the way he plays. It’s smooth and I wanna get to that level.

Best thing about living in Washington Parish?
All of the support I’ve got here and family.