Bowling Green School’s Lady Buccaneers went 1-1 in games held at the third-annual Biloxi High School Lady Indians Holiday Classic that took place Dec. 27-28.
The Lady Buccaneers began the tournament with a 67-42 victory over Long Beach, as Hope Crowe and Macey Jones had big games for Bowling Green.
Crowe scored 21 points on 8-of-11 from the field and she made five 3-pointers in seven attempts. Crowe grabbed two rebounds and dished out four assists.
Jones recorded 19 points on 8-of-12 from the floor along with a rebound, a steal and a block.
KaKa Seal tallied nine points that included a 3-pointer, two boards, two assists and she made seven steals.
Kyley Seals posted six points, a rebound, three steals and she dished out eight assists.
Allie McCain recorded six points, two rebounds, a steal and she had five assists.
Bridget Devall had four points and two steals.
Allie Schilling posted two points, three rebounds, an assist and three steals.
Lacie Penton had an assist and two steals, while Anna Claire Crowe grabbed two rebounds and had four assists and Emily Cothern pulled down a rebound in the victory.
For the game, Bowling Green made all seven free-throw attempts, half of its shot attempts on 26-of-52 shooting and was 61.5 percent from beyond the arc at 8-of-13.
Bowling Green lost a close game the next day, 34-30, to Biloxi.
Jones posted 11 points to top the Lady Buccaneers. She also had three rebounds and a steal, and she blocked a shot.
Seals posted six points, three boards, two assists and three steals.
Hope Crowe recorded six points, two assists and a steal.
Anna Claire Crowe had five points, four rebounds, two assists and she blocked a shot.
Seal put up two points, two assists and a steal.
Schilling made two steals, while McCain pulled down three boards and tallied two steals and Devall had two rebounds and an assist.
Bowling Green will be back in action Friday, when the Lady Bucs travel to Silliman Institute. 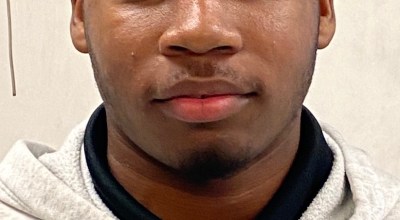