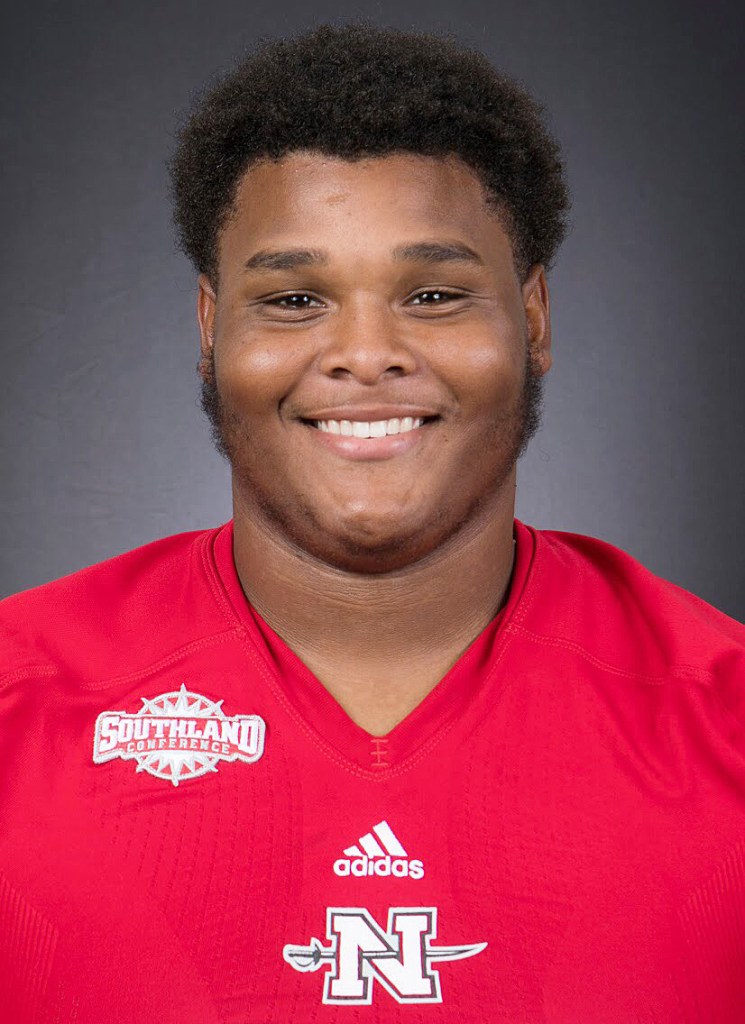 Nicholls State University linemen P.J. Burkhalter and Sully Laiche received their second All-America honor in as many days as the duo was named to the 2019 Associated Press FCS All-America First Team, the organization announced Tuesday, Dec. 17.
The team, presented by Regions Bank, was selected by a panel of 11 members of the media who cover the Football Championship Subdivision.
Burkhalter, a 2015 Franklinton High School graduate, split time at center and guard on the offensive line en route to being named Southland Conference Offensive Lineman of the Year. The Colonels ranked 25th in the nation in rushing yards with a Southland-best 197.1 yard per game. Burkhalter helped clear the way for sophomore running back Julien Gums, who set single-season program rushing records with 1,232 yards and 16 touchdowns.
Laiche added another first-team honor to his resume after closing out his storied career with 12.0 sacks and 22.5 tackles for loss in his senior campaign. Laiche received First-Team All-Southland for the third time and was named Southland Player of the Year. He wrapped up his career as the active leader in sacks with 37.5, which places him tied for fifth all-time in the FCS.
Laiche was one of three finalists for the STATS FCS Buck Buchanan Award, which is presented to the FCS’s most outstanding defensive player. The winner will be named on Friday, Jan. 10, at the STATS FCS Awards Banquet in Frisco, Texas.