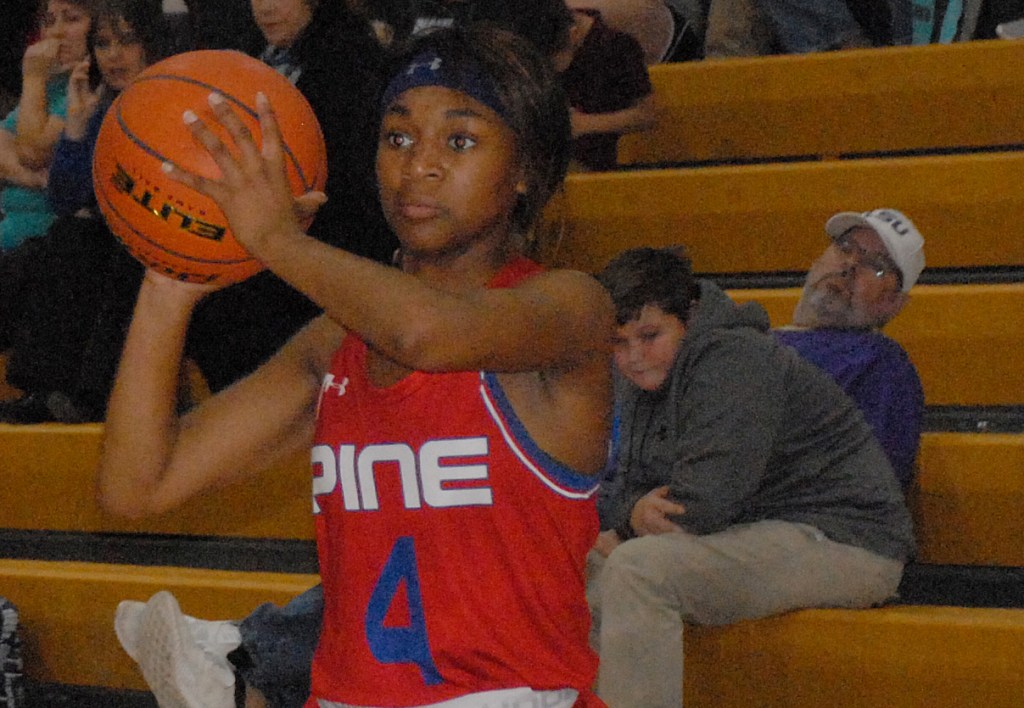 Pine posted a 2-1 record in the Franklinton Tournament that was held Dec. 4-7.
The Lady Raiders lost to Loranger in the opener, but rebounded with a pair of wins, defeating Bogalusa and Franklinton.
The Lady Raiders lost to Amite, 59-30.
The next game was a 40-12 victory over Bogalusa.
Diamond Dawson topped Pine with nine points. She made a 3-pointer.
Raina Crosby tallied eight points, while Alyssa Phelps posted seven, Makia Clark had four and Madison Morgan, Kiyasha Clark, Deniqua Hewitt, Heather Martin, Sarah Lyons, Haleigh Temples all added two for the Lady Raiders.
Tamirecal Peters had five to top Bogalusa.
Marih Myles had four, while Raye Hudson posted three. Hudson made a 3-pointer.
Pine’s next game was a 42-31 win over Franklinton.
Bogalusa and Franklinton each went 0-2.
Bogalusa had the loss to Pine and they had a 65-28 loss to Loranger.
Peters led the Lady Jacks with 12 points that included a 3-pointer.
Deranique Lee posted 10 points and she made a 3-pointer.
Danasia Harris tallied four points, while Myles had two. Harris made a 3-pointer.
Franklinton’s losses were to Pine and they had a 75-24 setback to Amite.