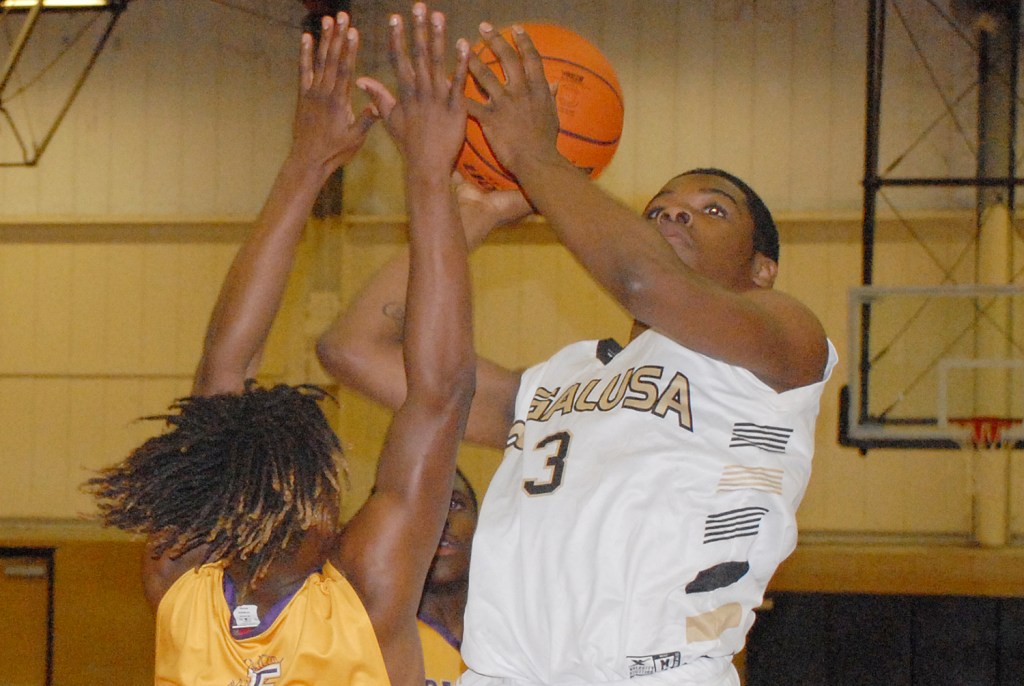 DAILY NEWS PHOTO/Chris Kinkaid Bogalusa’s Javon Bickham takes a shot in a game this season. He tallied 18 points in the Lumberjacks’ victory on Tuesday.

Bogalusa’s Javon Bickham scored 18 points in a 59-54 victory over Independence in a road game held Tuesday.
Bickham made a 3-pointer.
Josh Taylor recorded 15 points, which included a pair of 3-pointers.
Chance Turner and Karry Conerly tallied eight each, while Quientay Henry posted six points and Tony Harris and Raheem Roberts had two each. Turner made a pair of 3-pointers.
Bogalusa will be back in action on Thursday in the Hannan Hustle at Archbishop Hannan. The tournament will take place Thursday through Saturday.